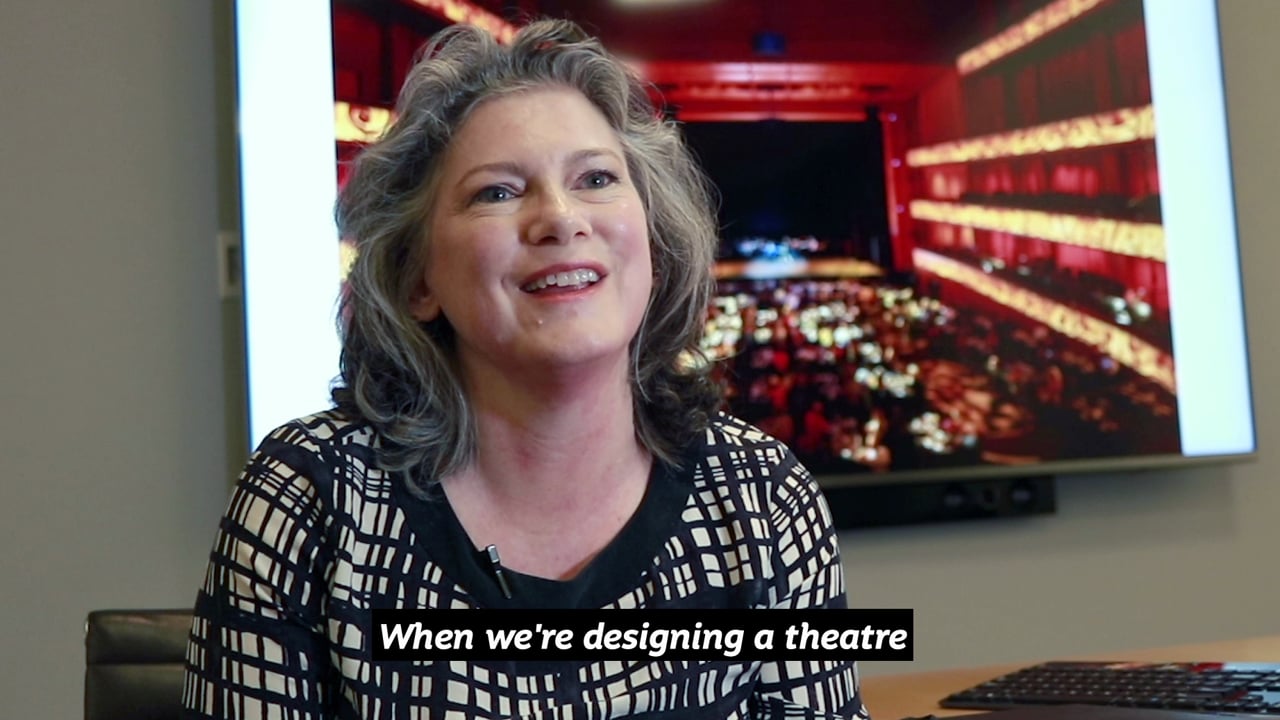 Cathleen Bachman returned to FDA in 2013 to resume her role as a key designer in the firm’s planning department. She has deep expertise in room design, back of house planning, test-fit studies and programming. Cathy is currently working on the Xiqu Centre for Chinese Opera, an 1,100-seat opera house in Hong Kong’s West Kowloon Cultural District; an innovative performance space for the Duke Ellington School in Washington, DC; the University of Wisconsin School of Music in Madison; the National Arts Centre in Ottawa, Canada; and the new 3,000-seat Manila Grand Opera House.

Cathy has also worked on many secondary and higher education projects, including the modernization of the Duke Ellington School of the Arts.

During her time with FDA previously, Cathy worked on room planning for acclaimed halls at Ciudad de las Artes in Mexico City, the New Jersey Performing Arts Center in Newark, and Bass Performance Hall in Fort Worth.

Cathy is an architect and LEED Associated Professional with over 20 years of experience working on a wide range of projects, from residential to institutional. She has moved creatively within the field as her interests have evolved; she has had her own practice and has worked at other well-known architectural firms.

During her tenure as an architect, she has been a guest critic and has taught in the architecture departments at City College of New York and the Parsons School of Design. She was also a guest critic at the University of Pennsylvania.

Among her active pursuits are creative writing, coaching youth soccer and running. She has finished a New York City Marathon and plans to run again.