Joshua Dachs is recognized as one of the world’s leading theatre consultants. Drawing on a background as a violinist, trained as an architect, and having practiced as a theatrical set and lighting designer, he has led FDA’s consulting practice for over 30 years, providing planning, programming, and design leadership for hundreds of successful projects. In early phases he focuses his work on helping clients conceptualize and plan their projects, and during the design phase focuses on room shaping, seating layouts and sightlines, backstage layouts, and overall spatial organization.

For Lincoln Center, he is currently planning the redevelopment of David Geffen Hall (formerly Avery Fisher Hall), and completed many other projects on the LC campus, including the renovation of Alice Tully Hall, expansion of the Juilliard School, and new screening rooms for the Film Society of Lincoln Center. He designed the acclaimed temporary stage installation for the Mostly Mozart Festival in Avery Fisher Hall that has been used annually since 2005. He has worked with many of America’s leading drama companies on projects such as the Mead Center for American Theater for Arena Stage, San Diego Old Globe’s Conrad Prebys Theatre Center, and the Guthrie on the River in Minneapolis.

He is currently working on a 600-seat Opera House and teaching facility for the Shepherd School of Music on the Rice University campus in Houston, TX, and a new home for Cincinnati Playhouse in the Park.

He recently completed a new home for BLUEBARN Theatre, a small, artisanal, hand-made theatre company in downtown Omaha, NE; the Xiqu Centre for Chinese Opera in Hong Kong; and the renovation of the Helen Hayes Theater on Broadway for Second Stage in New York City, among others in the US and abroad.

He has helped plan and design four opera houses, including the Mariinsky II Opera House in St. Petersburg and Four Seasons Centre Opera House in Toronto; worked with major orchestras including the NY Philharmonic, Chicago Symphony Orchestra, Cleveland Orchestra, Cincinnati Symphony Orchestra, and designed the newest Broadway theatre, the Stephen Sondheim on W43rd Street. He has worked with the Park Avenue Armory since its inception as an arts venue to make careful modifications to that extraordinary historic building to accommodate enormous international opera, music, dance, and theatre events, and has designed or collaborated on nearly all the performances that have been presented there.

A graduate of the High School of Music and Art in New York who originally studied the violin, he holds a Bachelor of Architecture degree from Cornell University. Josh has led a team of experts teaching a professional development course on theatre design at the Harvard University Graduate School of Design. He has been a guest critic at SCI-Arc and the UCLA School of Architecture. He is currently on the Board of Directors of Theatre Communications Group, and the International Society for the Performing Arts (ISPA), and a member of the American Society of Theatre Consultants (ASTC). Josh’s wife, Ako, is a stage and film actress. 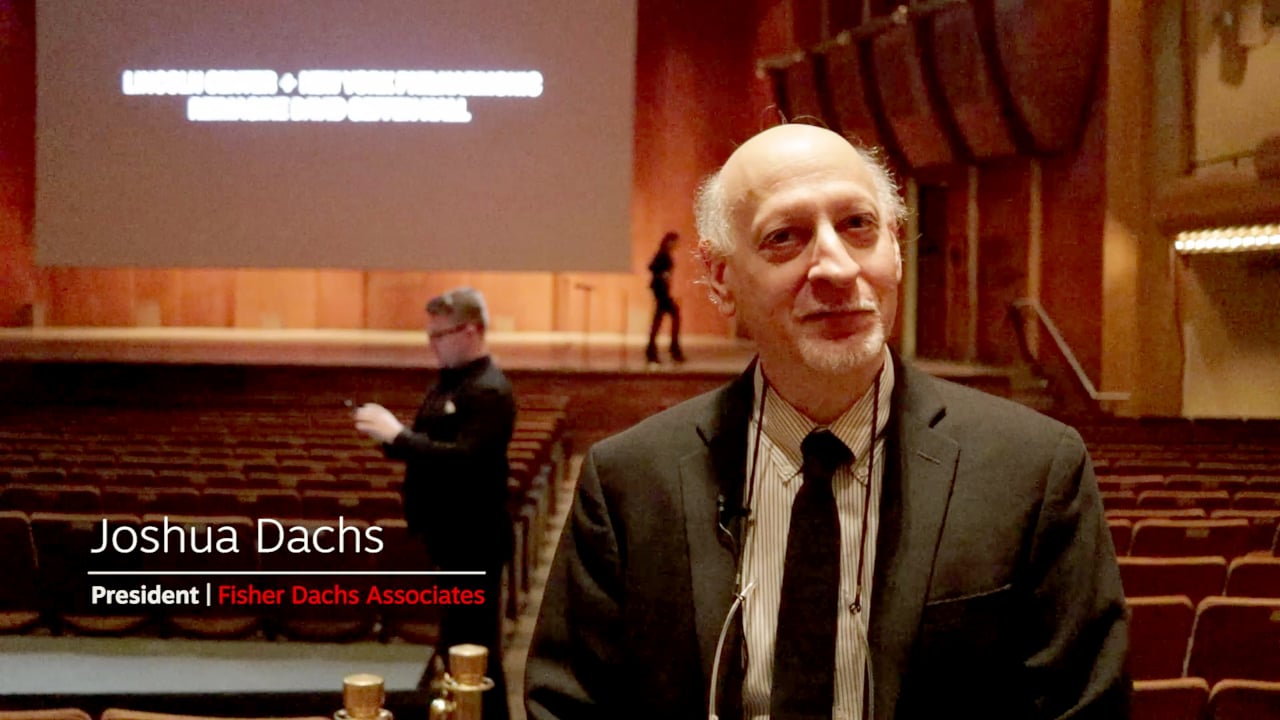