In a celebrated career spanning over 50 years, Jules Fisher has lit over 200 Broadway and off-Broadway shows, as well as film, ballet, opera, television, and rock-and-roll concert tours. He has received 25 Tony nominations: 24 as Best Lighting Designer and one as a co-producer of Best Musical nominee “Dancin’.” He has won nine Tony Awards for Lighting Design, a record in this category. His Tony Award-winning productions include “Lucky Guy,” 2013; “Assassins,” 2004; “Bring in ‘da Noise, Bring in ‘da Funk,” 1996; “Jelly’s Last Jam,” 1992; “The Will Rogers Follies,” 1991; “Grand Hotel,” 1990; “Dancin’,” 1978; “Ulysses in Nighttown,” 1974; and “Pippin,” 1973.His other theatre credits include “Gary: A Sequel to Titus Andronicus,” “The Iceman Cometh,” “Ricky Jay on the Stem,” “Elaine Stritch at Liberty,” “Jane Eyre,” “The Wild Party,” “Marie Christine,” “Ragtime,” “Victor/Victoria,” “Angels in America: Millennium Approaches” and “Perestroika,” “Death and the Maiden,” “Two Shakespearean Actors,” “La Cage Aux Folles,” “Hair,” “Jesus Christ Superstar,” “Lenny,” “No, No Nannette,” “Chicago,” “Butterflies are Free,” “Beatlemania,” and “American Buffalo,” among many more.

His credits as a producer include “The Rink,” the award-winning “Lenny,” “Bob Fosse’s Dancin’,” “Rock N’ Roll! The First 5,000 Years,” “Elvis: An American Musical,” and “Dangerous Games.” He designed the lighting for Kevin Kline’s production of “Hamlet” for WNET-TV, and lit productions of “Porgy and Bess” and “A Midsummer Night’s Dream” at New York City Opera.

Mr. Fisher was production supervisor for tours of the Rolling Stones, KISS, and David Bowie, as well as the rock concert tour of “Tommy.” His other lighting design work has ranged from Crosby Stills and Nash, Whitney Houston, and the Simon and Garfunkel concert in Central Park to the Radio City Music Hall presentation of The Teenage Mutant Ninja Turtles; from the 1977 Academy Awards show to the concert lighting for Barbra Streisand’s film “A Star is Born.”

He lit The Metropolitan Opera’s “Live in HD” production of Puccini’s “Il trittico” in 2007. Additional film lighting credits include “My Week with Marilyn,” 2011; “Burlesque,” 2010; “Dreamgirls,” 2006; “The Producers,” 2005; “School of Rock,” 2004; and many more. He lit the Quincy Jones “Reunion on the Mall” concert for President Clinton’s inaugural, which was nominated for an Emmy Award, as well as “America’s Millennium Live All-Star Concert New Year’s Eve 2000.” He designed the lighting for the theatre sequences in the Academy Award-winning film version of the Broadway musical “Chicago” (2002).

Mr. Fisher is a graduate of Carnegie Institute of Technology. He and lighting designer Peggy Eisenhauer are partners in Third Eye Ltd, a firm specializing in entertainment and theatre lighting. He also serves as a theatre consultant to architects and performing arts groups, gives lectures, and, in his spare time, practices magic. 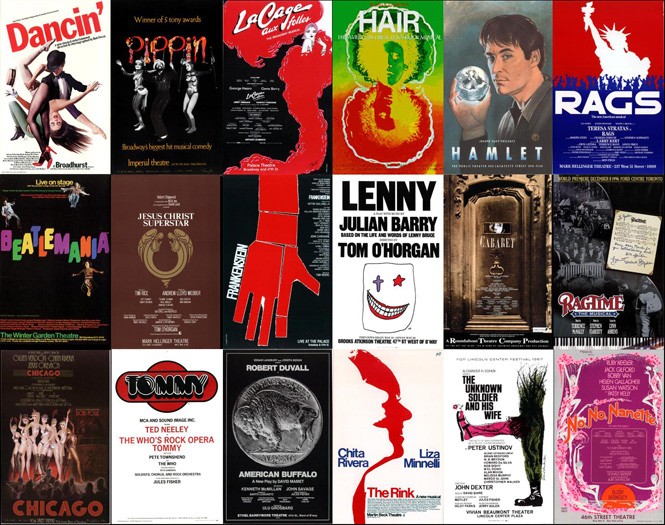 Since 1985 he has collaborated with co-designer Peggy Eisenhauer at Third Eye. They conceive and design lighting for all forms of entertainment, including stage, film, and music. Jules and Peggy have collectively been awarded Broadway’s Tony Award for Best Lighting Design of a Musical seven times, including Stephen Sondheim’s Assassins (2004, Revival), Bring in ‘Da Noise, Bring in ‘Da Funk (1996), Jelly’s Last Jam (1992), The Will Rogers Follies (1991), Grand Hotel (1990), Bob Fosse’s Dancin’ (1978), and Pippin (1973), and once for Best Lighting Design of a Play for Ulysses in Nighttown (1974). Together, they have been honored with nearly thirty Tony Award nominations.

Inquires regarding Third Eye Studio services can be sent to: info@thirdeyestudio.com