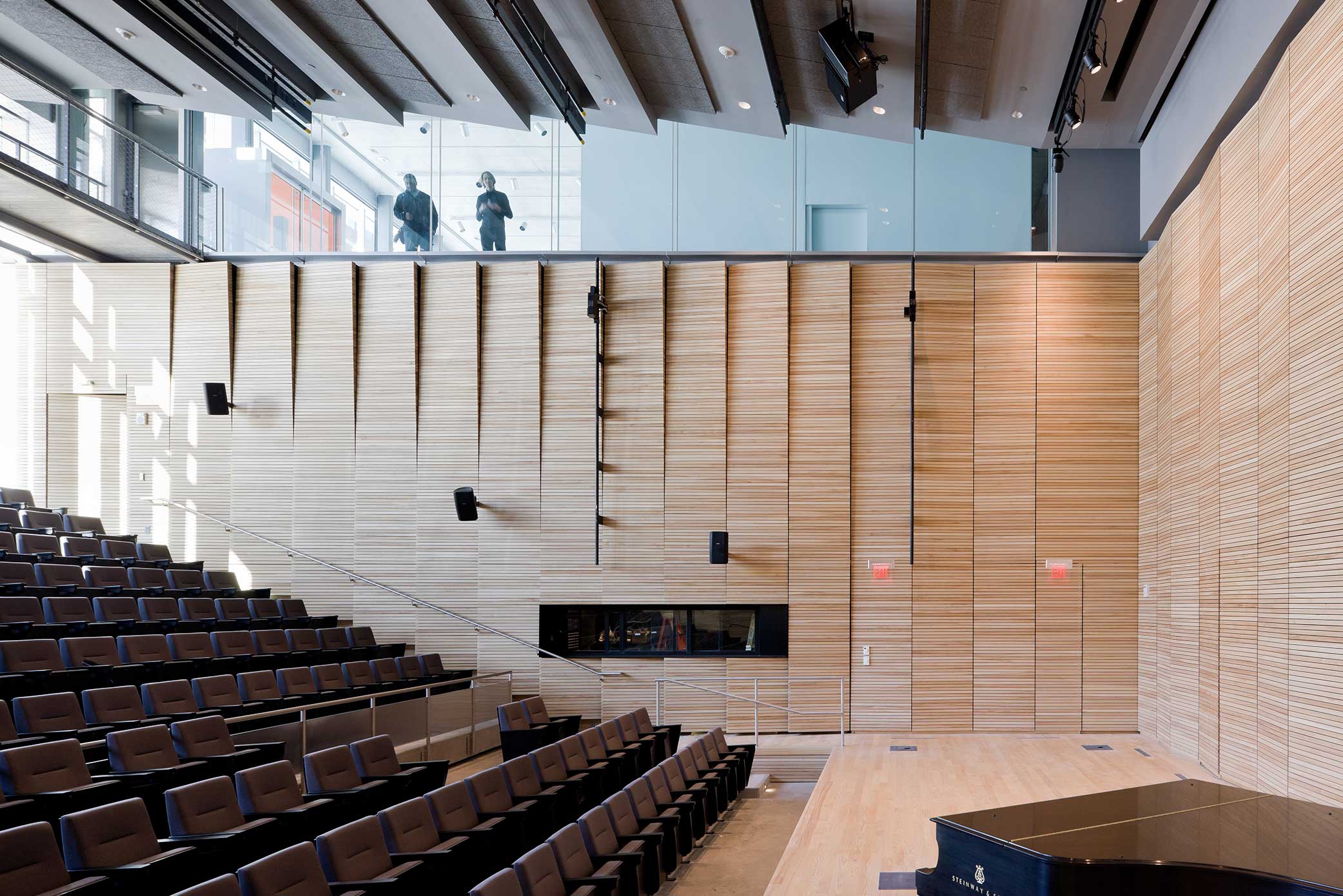 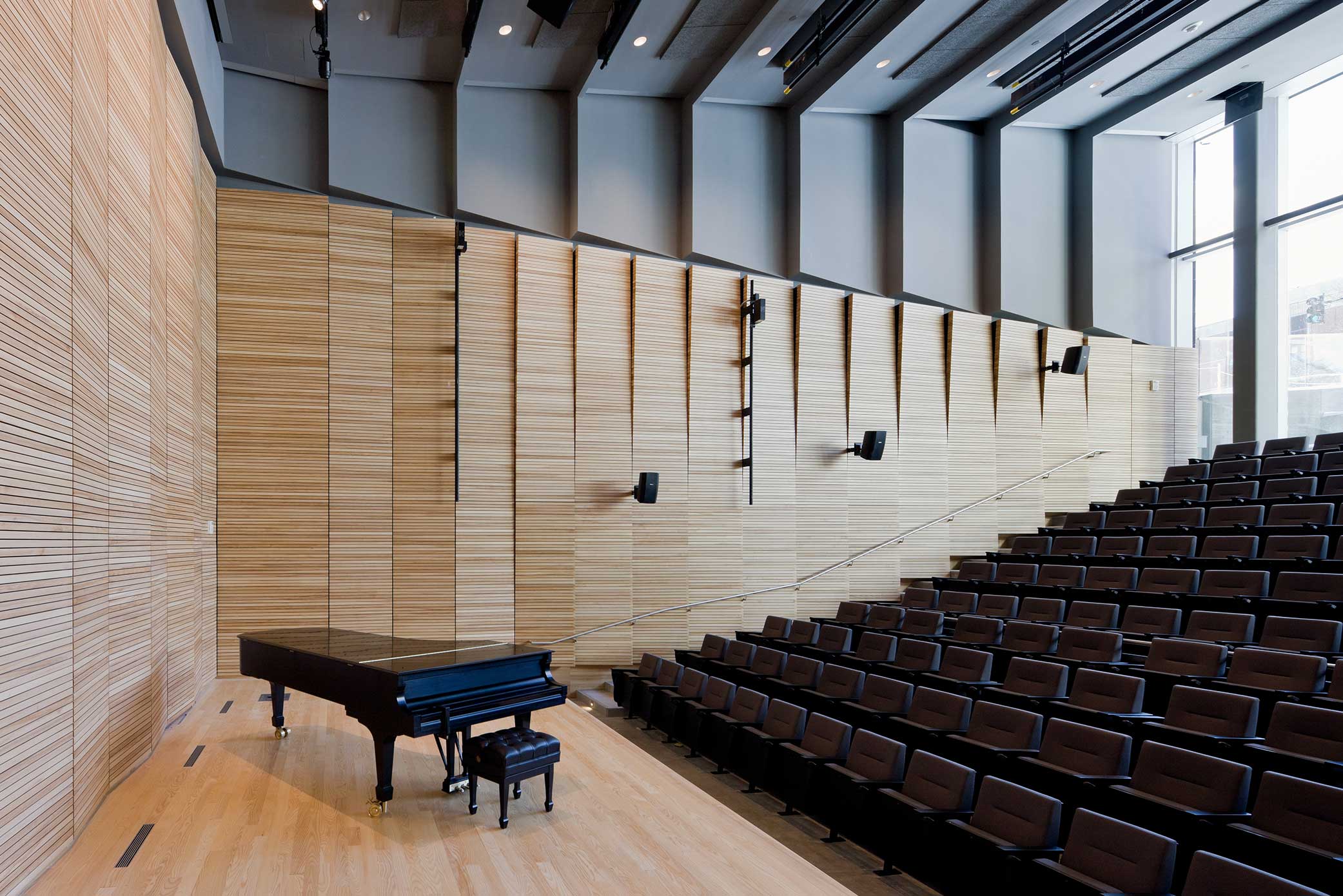 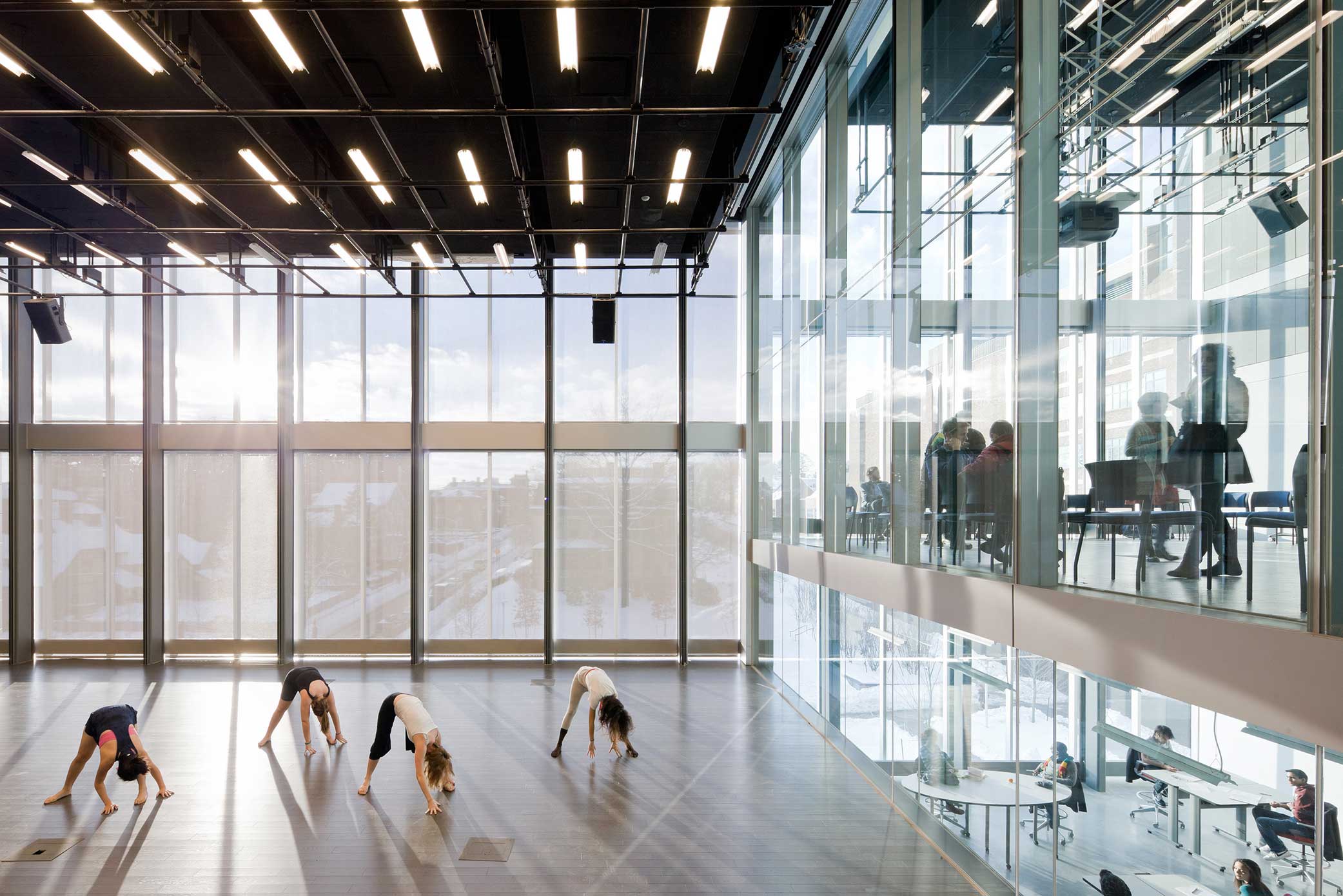 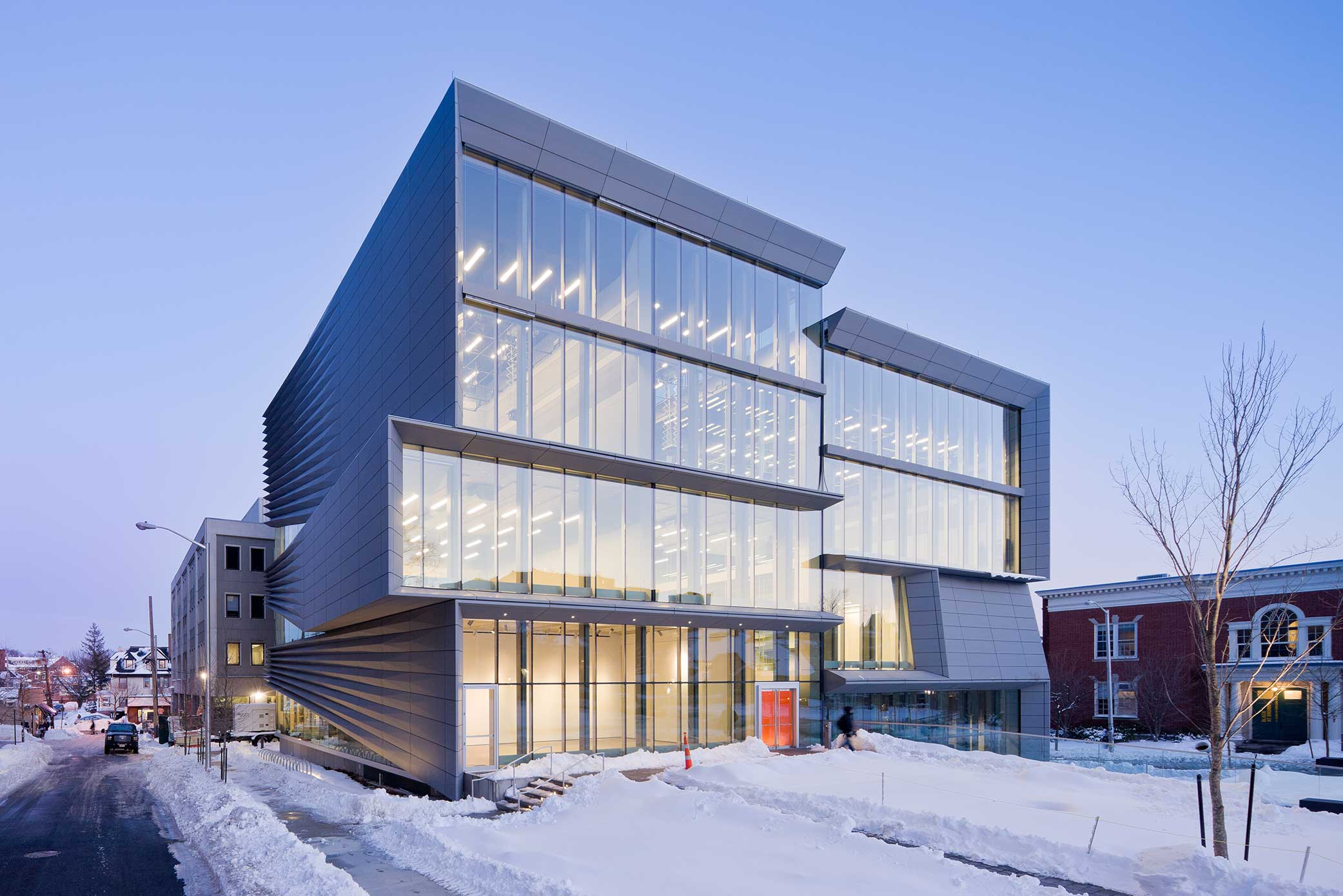 Brown University’s Granoff Center for the Creative Arts, which opened in February 2011, is designed to encourage the kinds of collaborative, interdisciplinary programming that defines Brown’s exceptional presence in higher education.

The joining of Brown’s arts departments under one roof originated with the advisory board’s initiatives to underwrite new collaborative opportunities — among them, a series of grants for performances, exhibitions, symposia, lectures and new media projects.

The components of various arts programs overlap visually and programmatically in the space. There is a 225-seat room for music, film, lecture, theatre, and movement, as well as three production studios of varying sizes, from 40 to 120 seats in flexible arrangements. These are meant to comprise the central goals of the building, giving way to new possibilities for ambitious multimedia installations, presentations, and performance-based work. Both the studios and the main theatre are fit with state-of-the-art equipment to support new media programs, studio and visual art, and theatre.