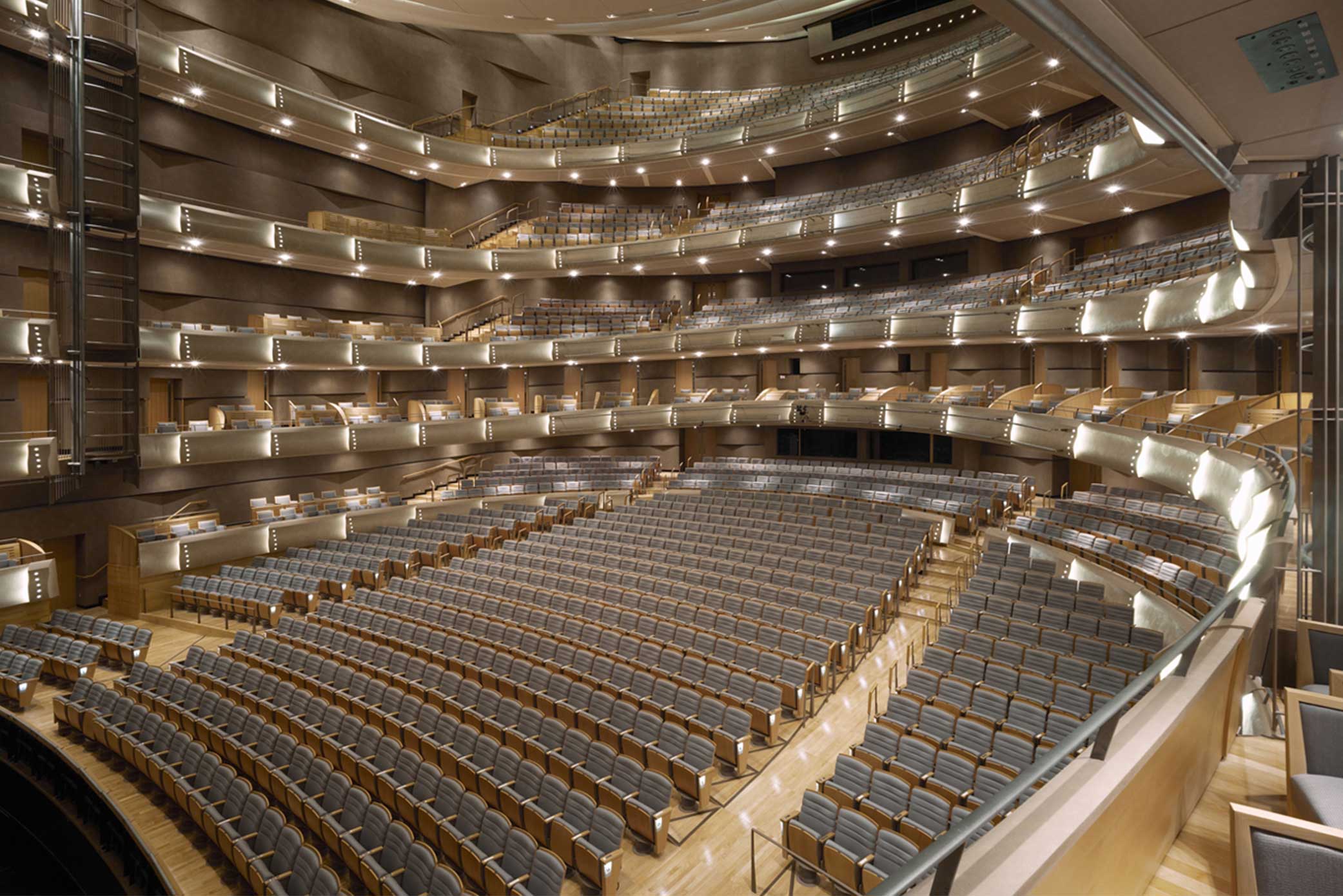 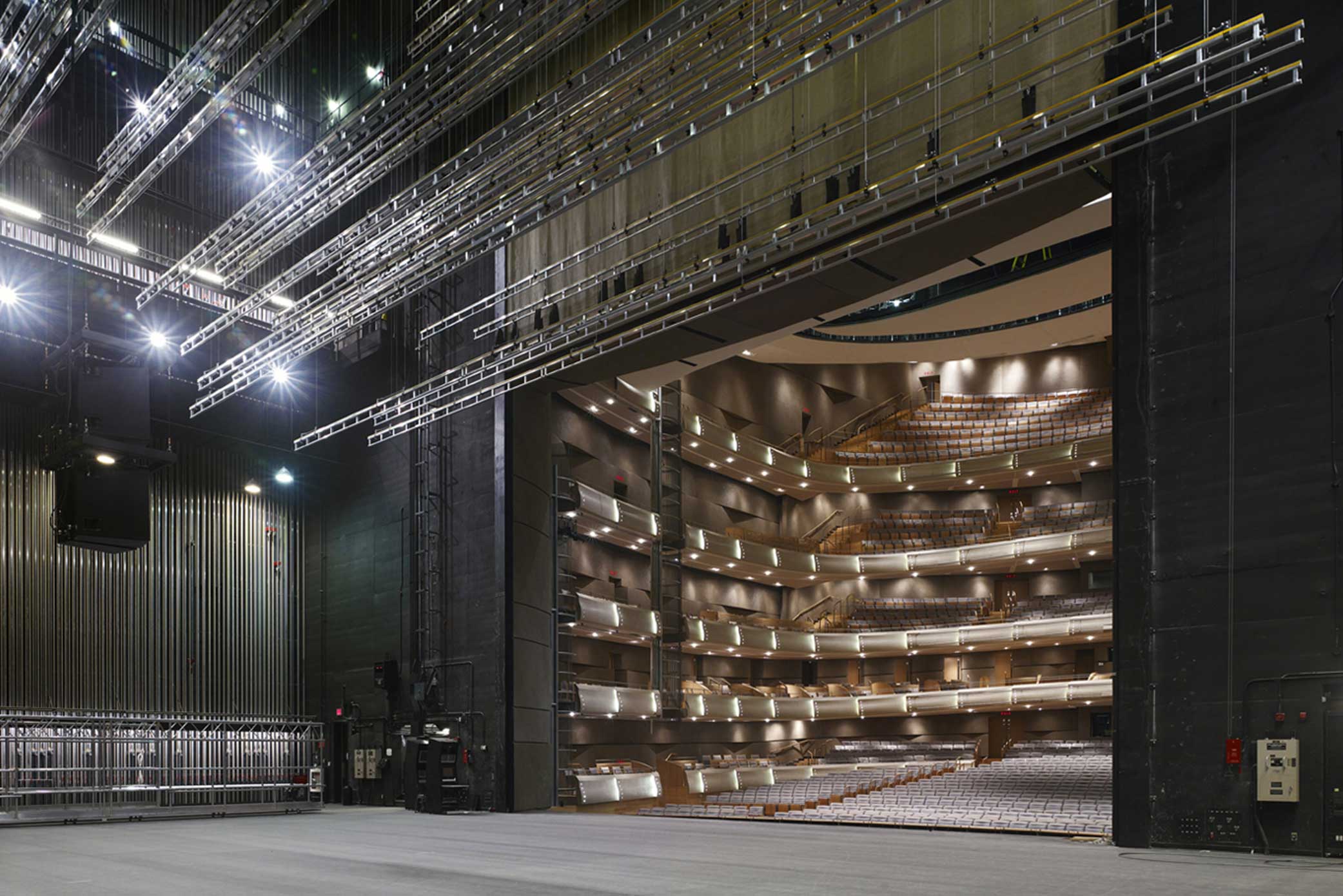 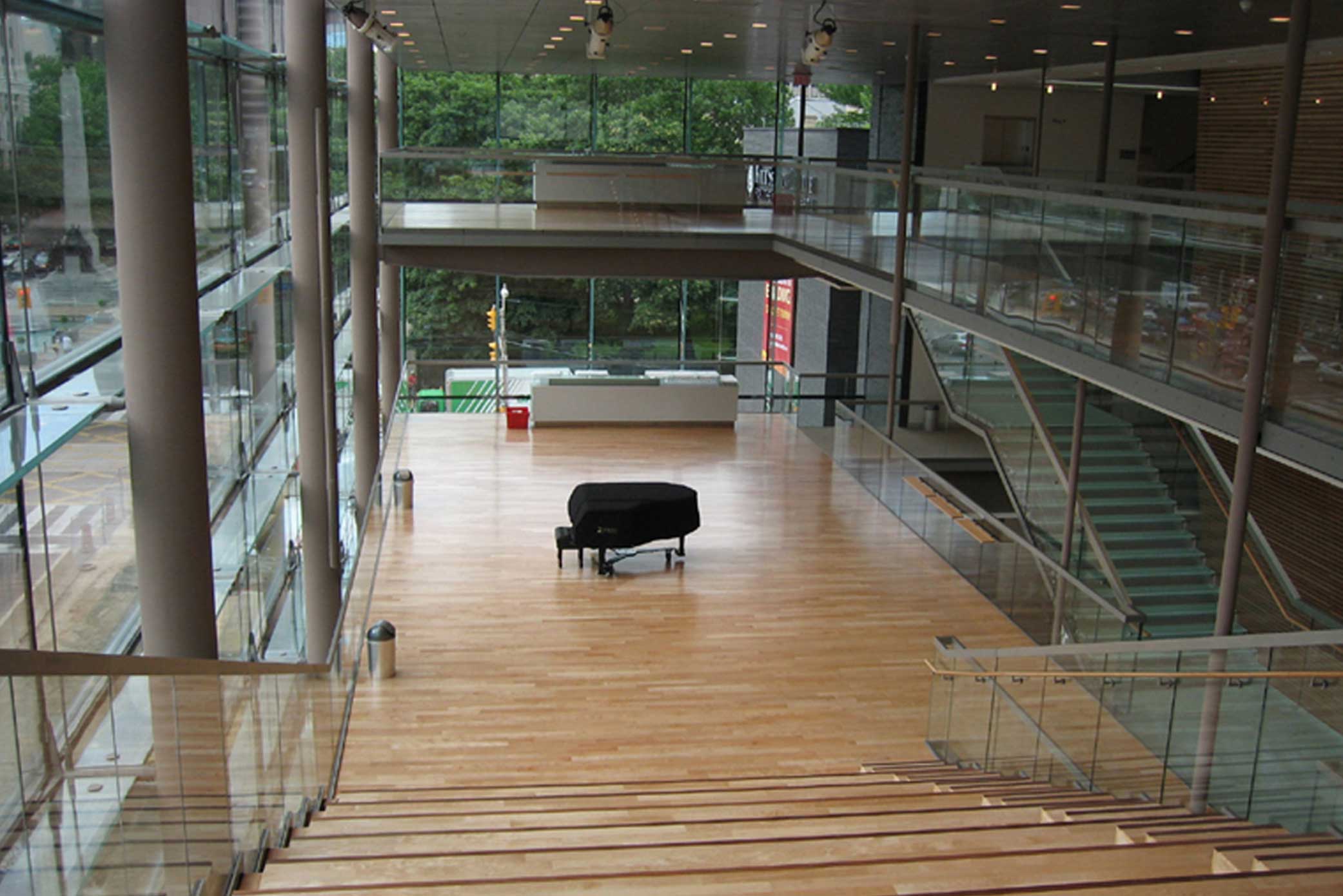 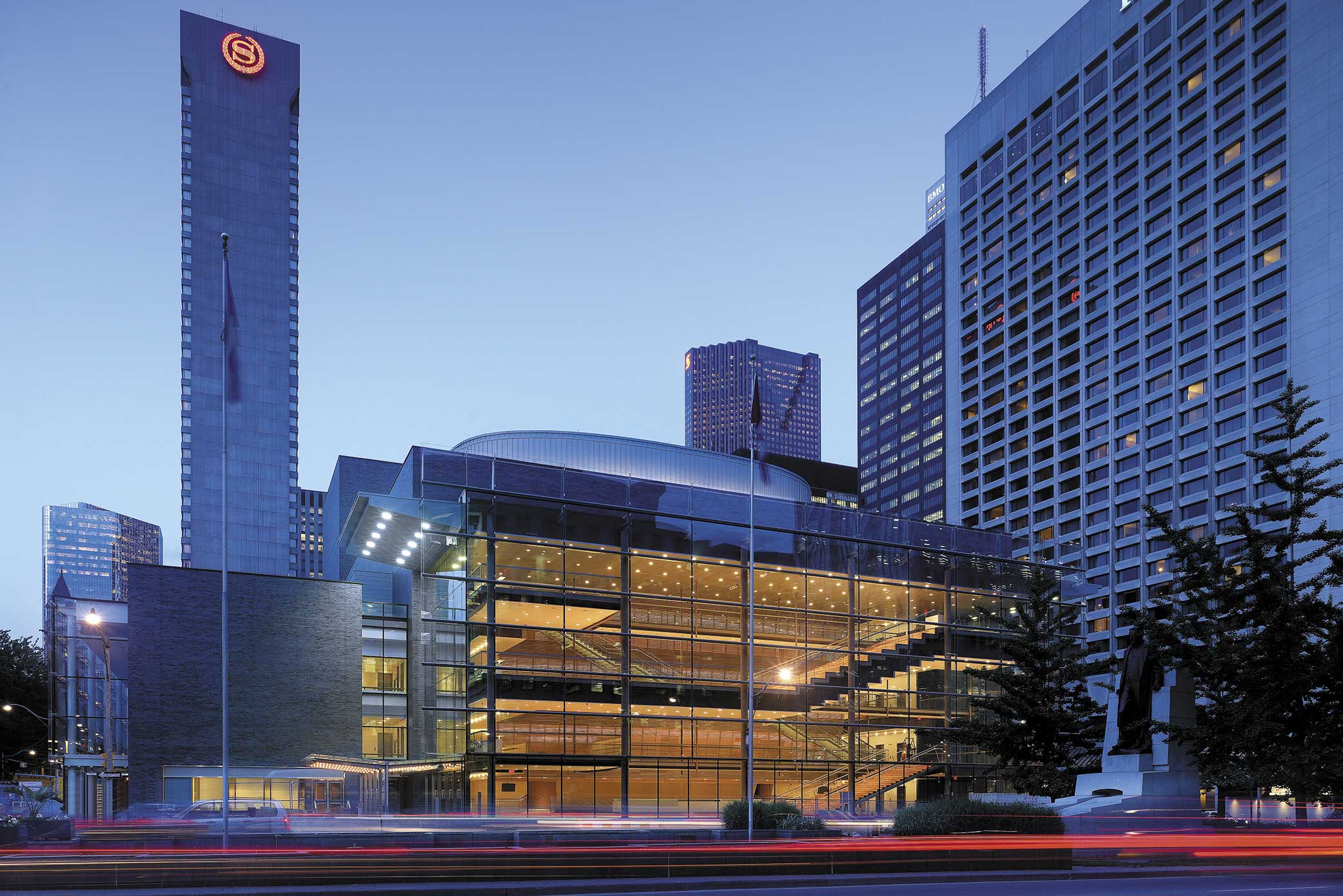 The Four Seasons Centre for the Performing Arts in Toronto, Canada is home to the 2,000 seat R. Elliot Fraser Hall, designed specifically for opera and ballet.  The traditional, four-tiered European-style horseshoe-shaped auditorium was meticulously designed for optimal sightlines and acoustics. FDA planned and organized the seating configuration to maximize a sense of intimacy between audience members and performers, with every seat computer-tested for the best possible sightlines. A large, flexible orchestra pit permits the presentation of the full range of the opera repertoire, from chamber pieces to full scale 19th and 20th century works.  Full rear and side stages, generous dressing rooms, wardrobe and instrument storage were all designed to allow three full productions to play in repertory. The generous rehearsal space is flexible enough for functions and concerts, and serves as a warm up space for dancers and singers. “It’s a Triumph…More than I could have dreamt for.” – COC General Director Richard Bradshaw