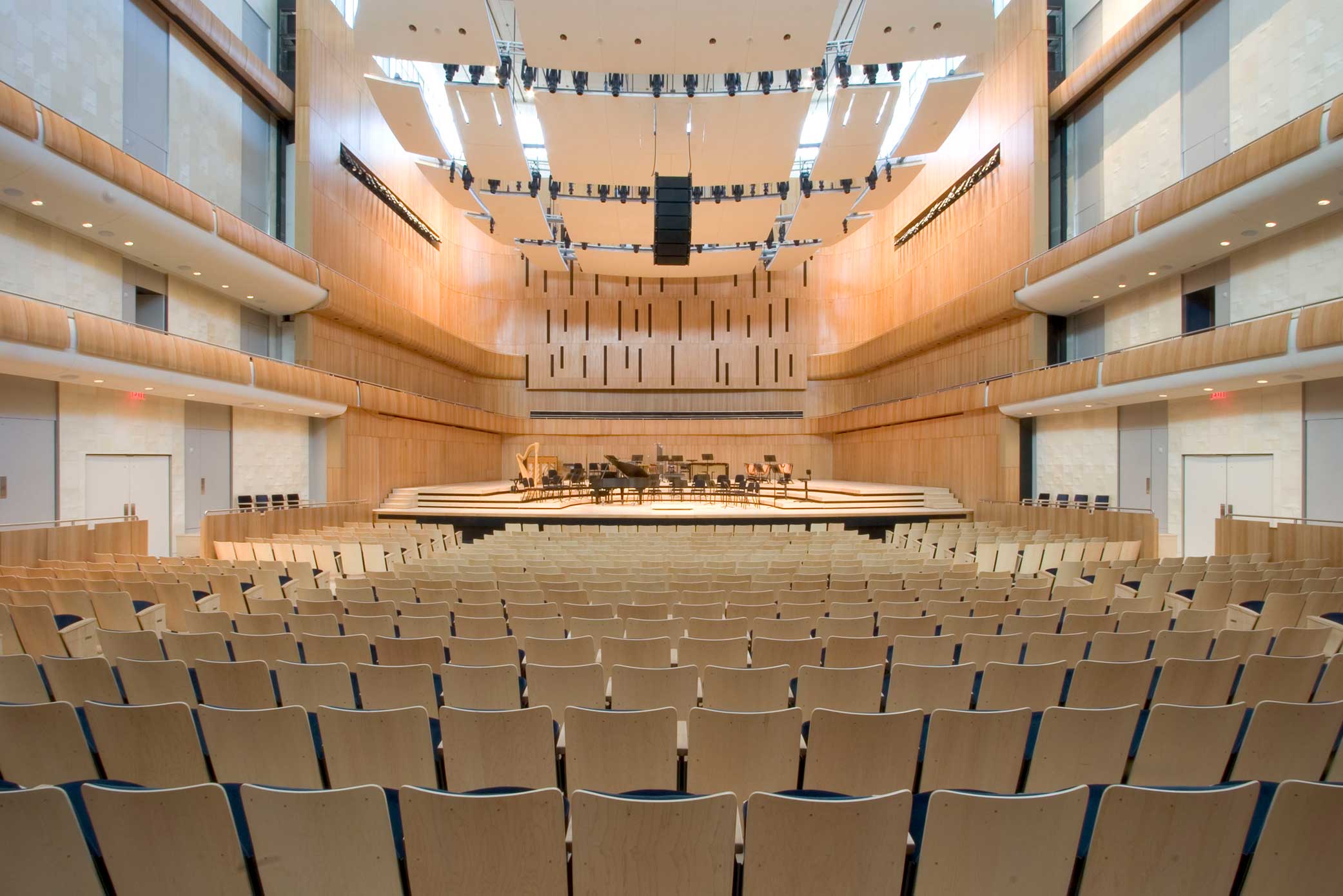 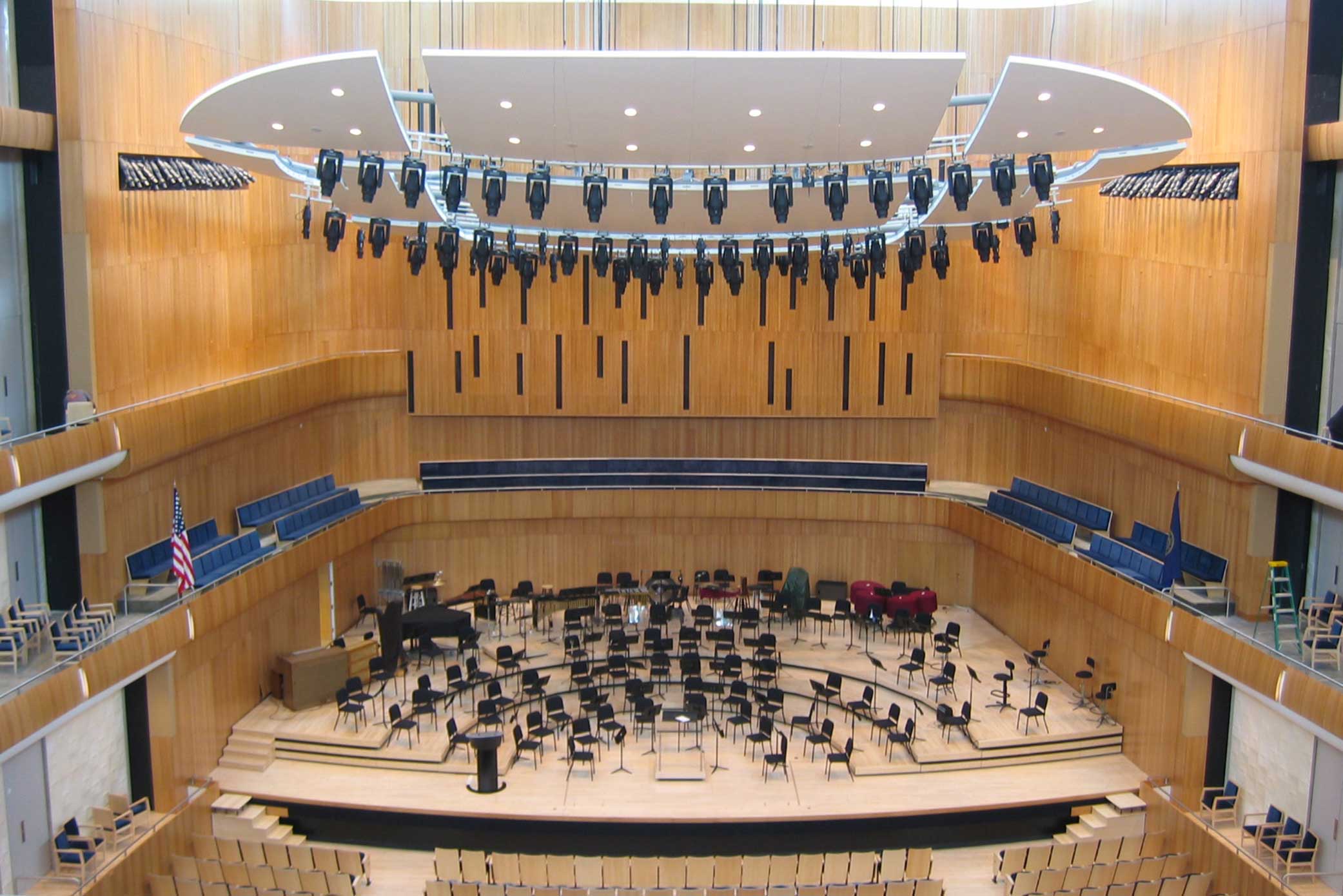 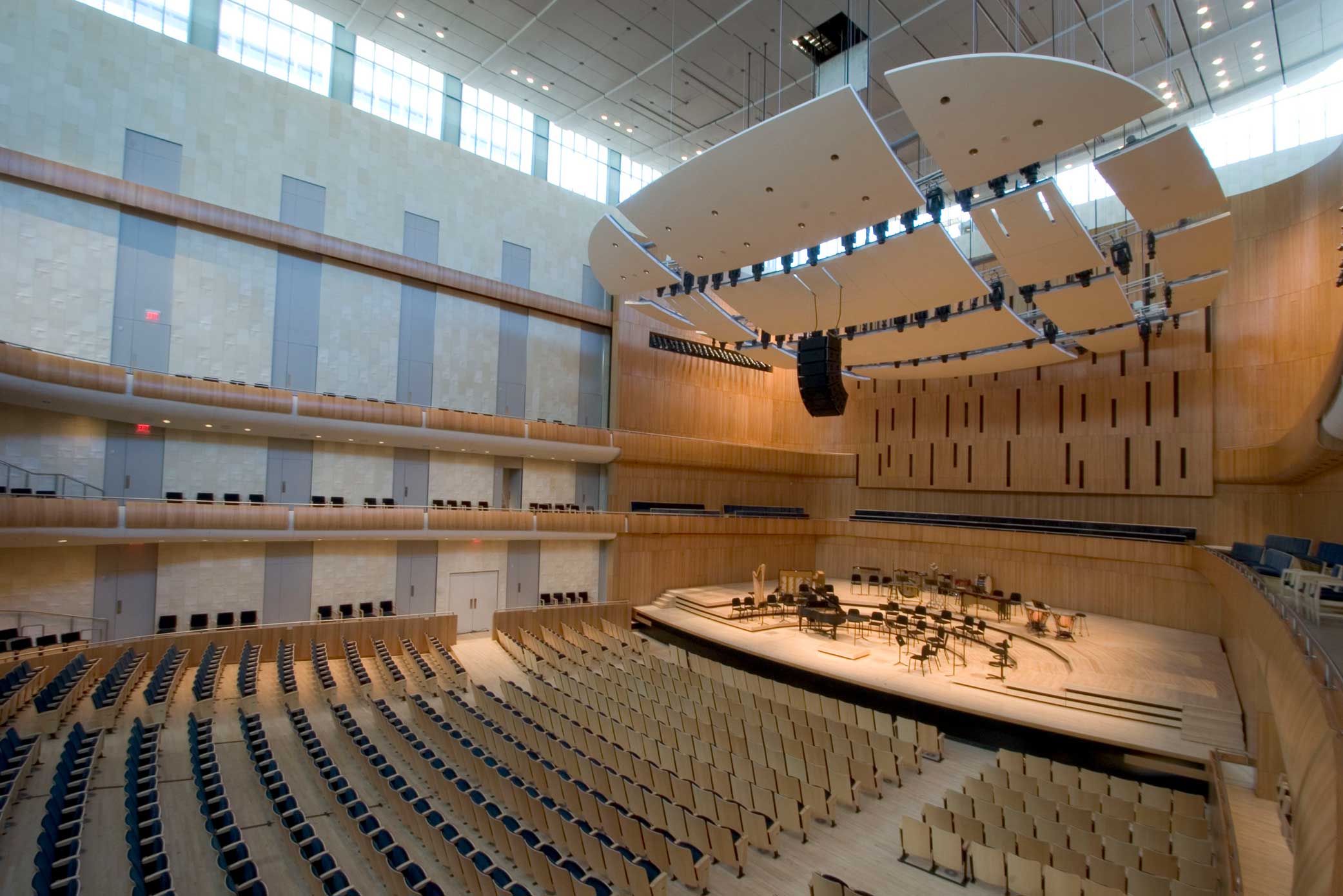 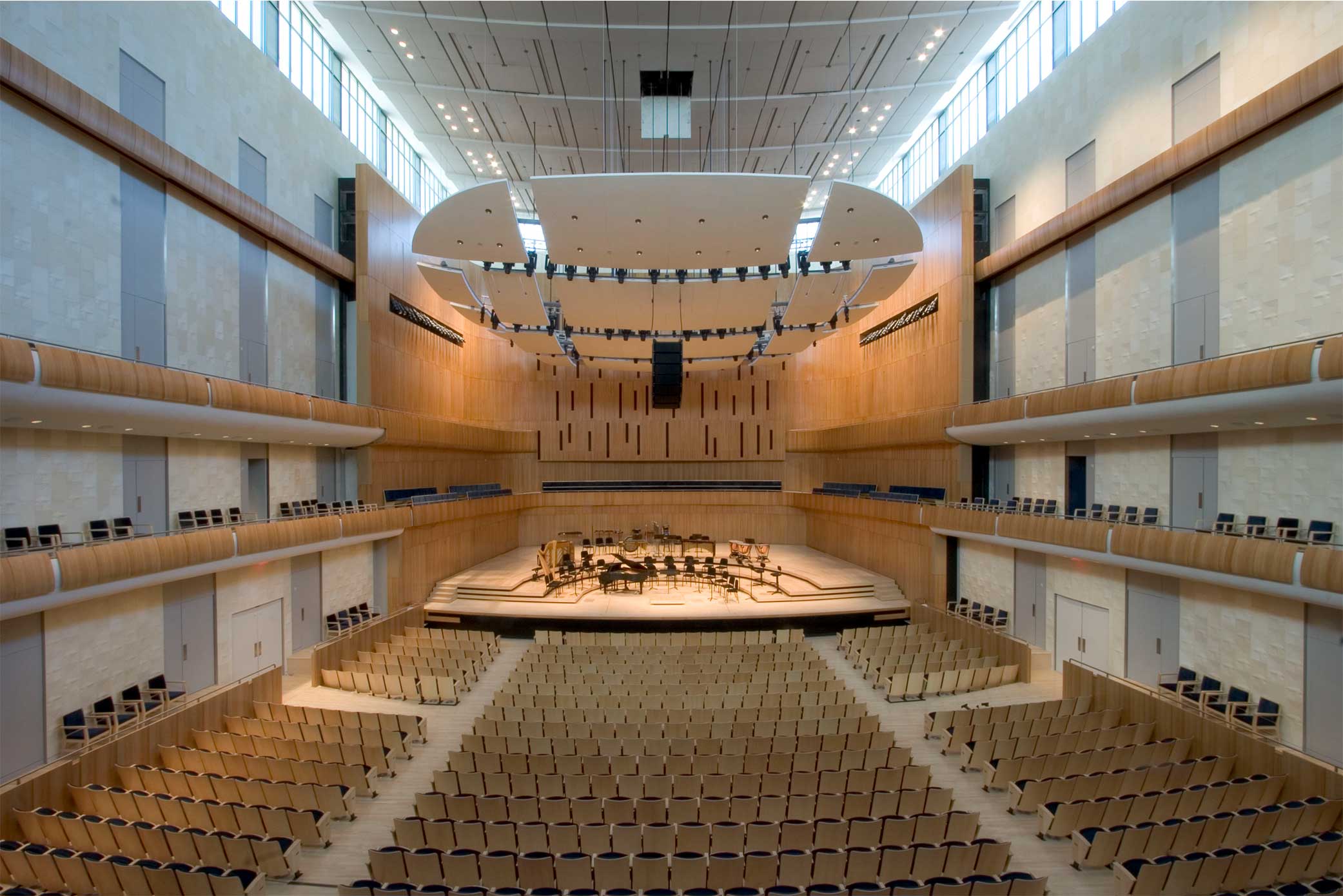 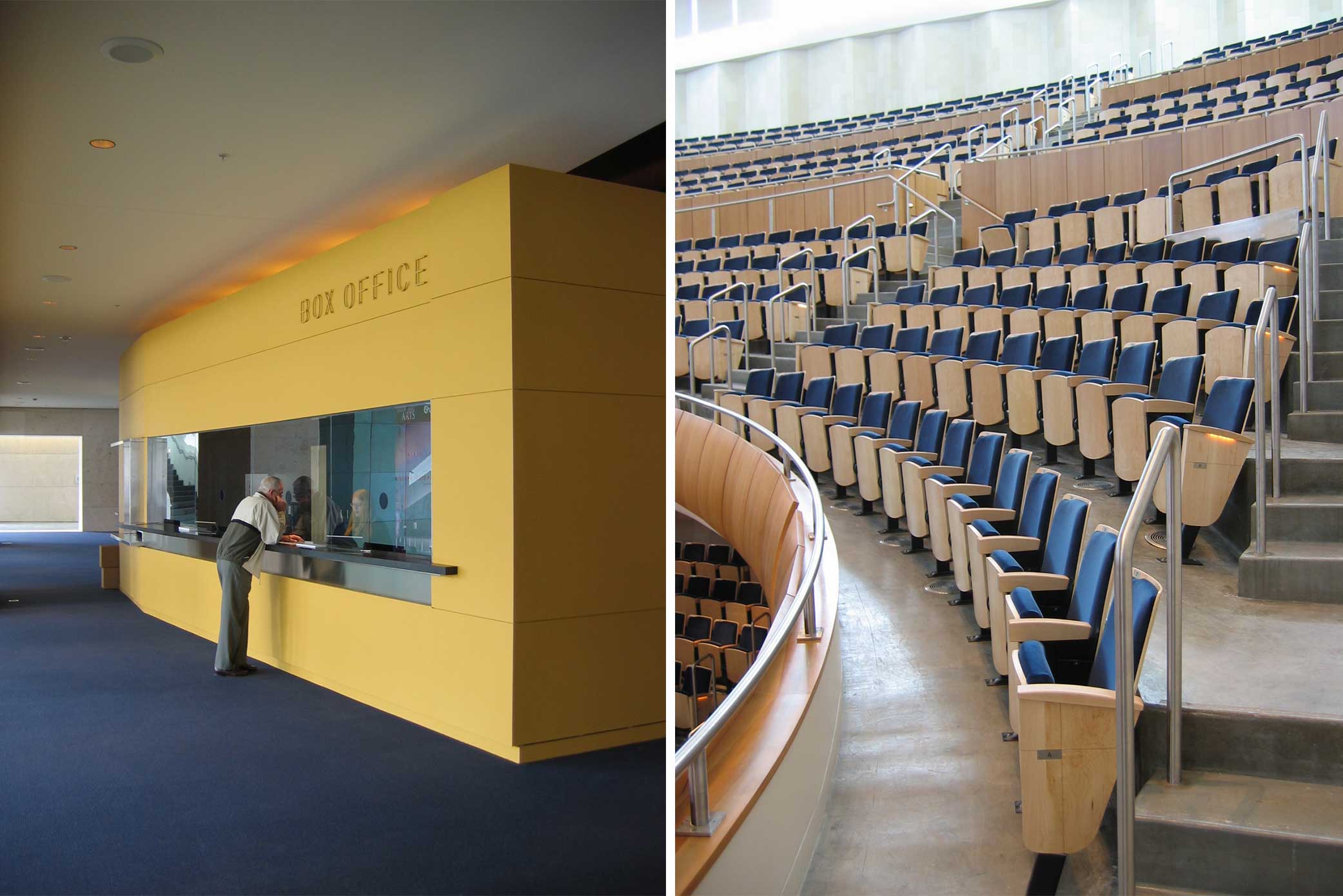 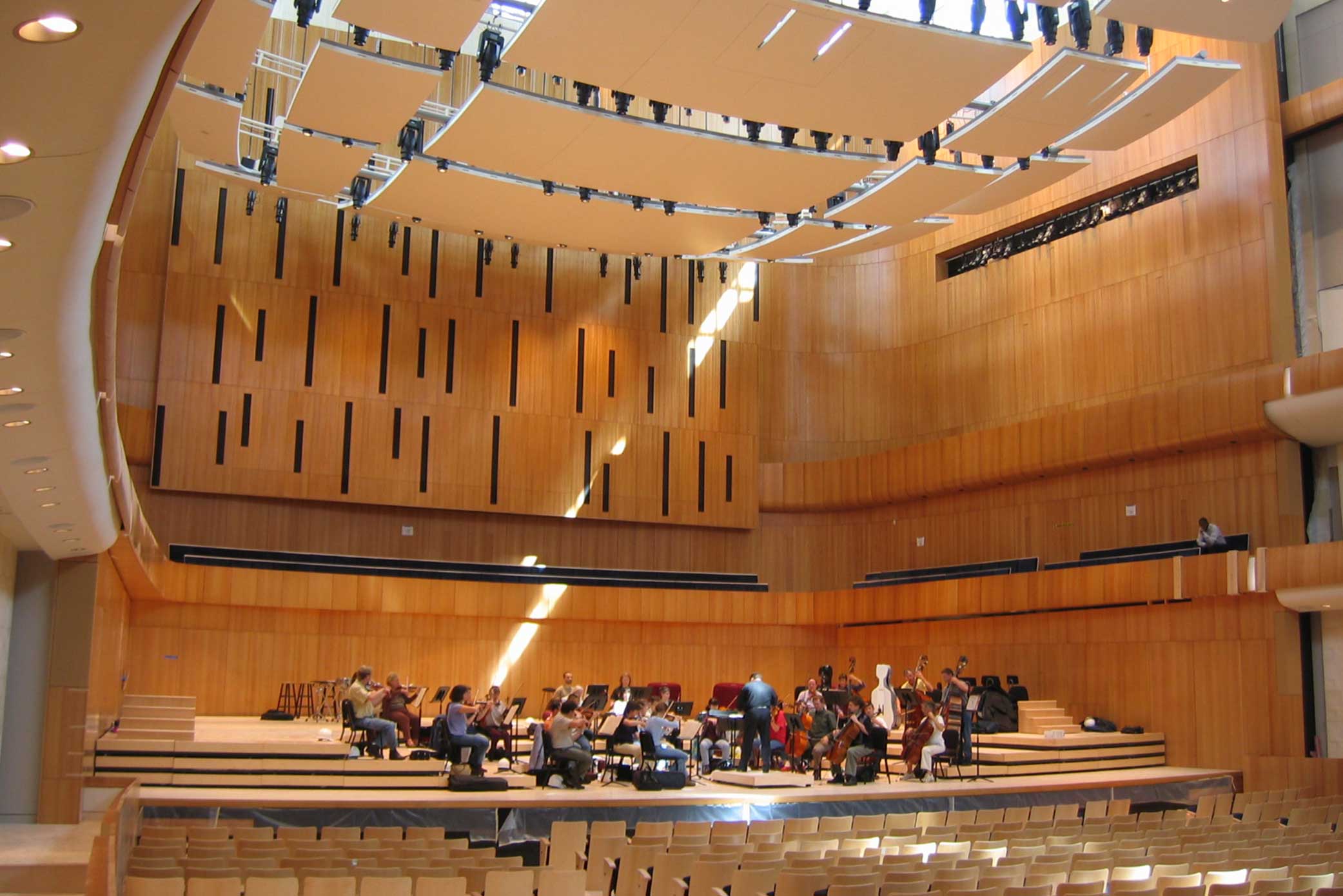 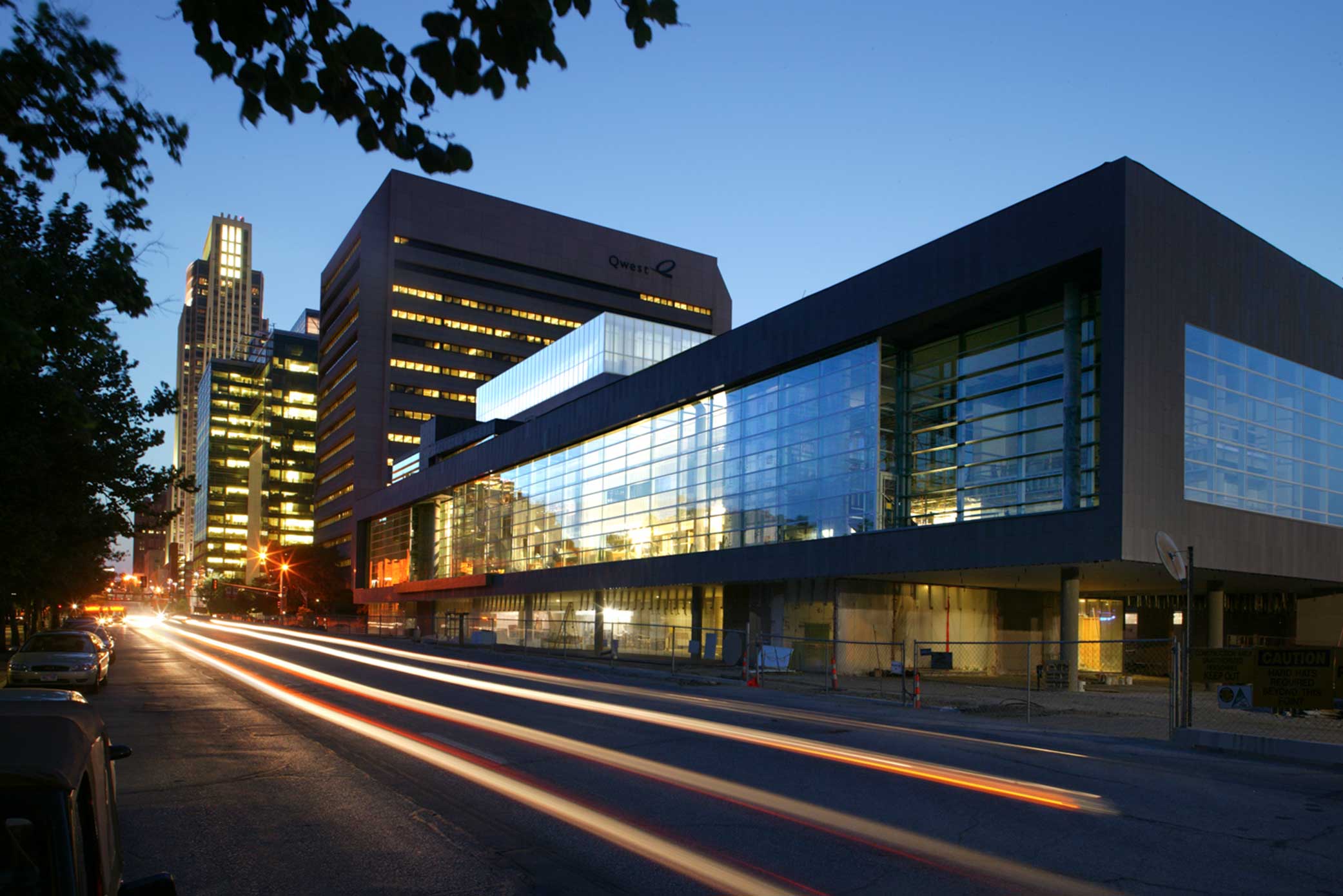 A 2000-seat, modified shoebox style concert hall, a 450-seat recital hall, and an open courtyard are the principal features of the Holland Performing Arts Center. This sumptuous new facility is home to the Omaha Symphony, as well as local, national and international programs, education and outreach activities. The intimate 450-seat chamber music hall is designed to be flexible enough to host banquets and double as rehearsal space.

FDA’s involvement began in the programming phase, where we guided the shape of the room and helped to determine the most efficient back-of-house configuration. We suggested side boxes for visual interest and intimacy, and wrapped seating in one continuous band around the rear of the orchestra, allowing audience members seated behind the stage to watch the conductor and musicians. This configuration also creates a sense of visual unity in the room, something the design team enhanced by introducing natural light through clerestory windows.