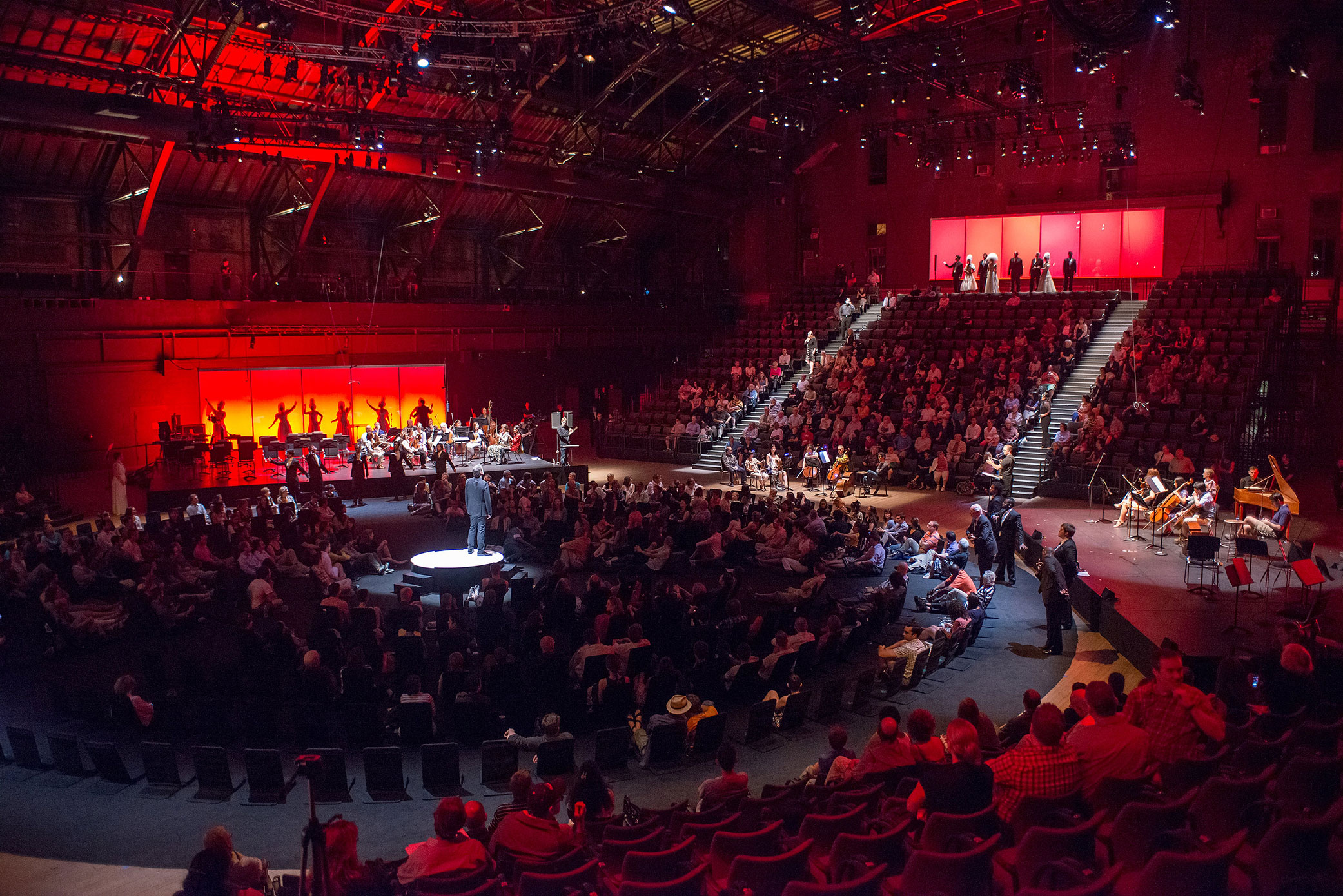 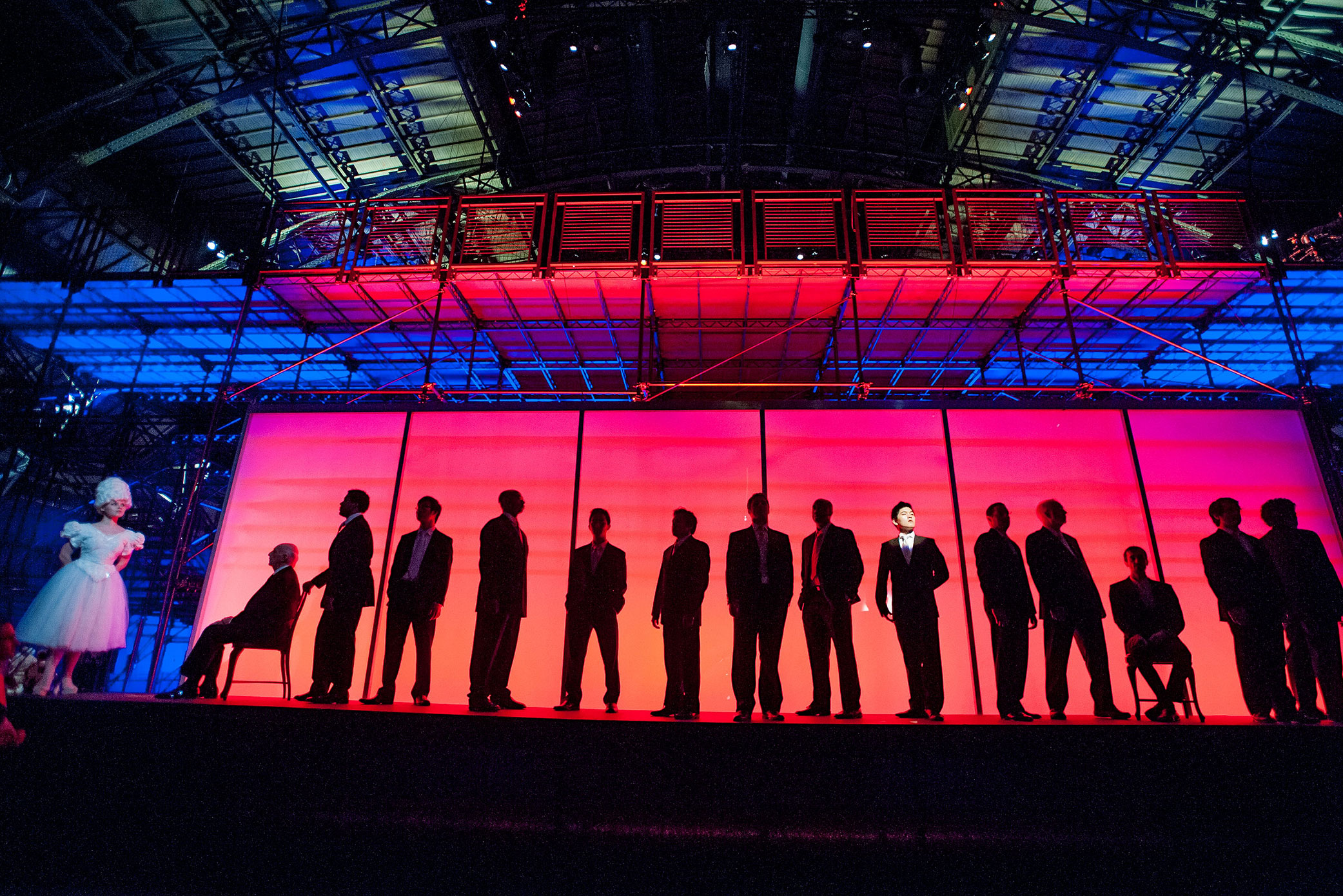 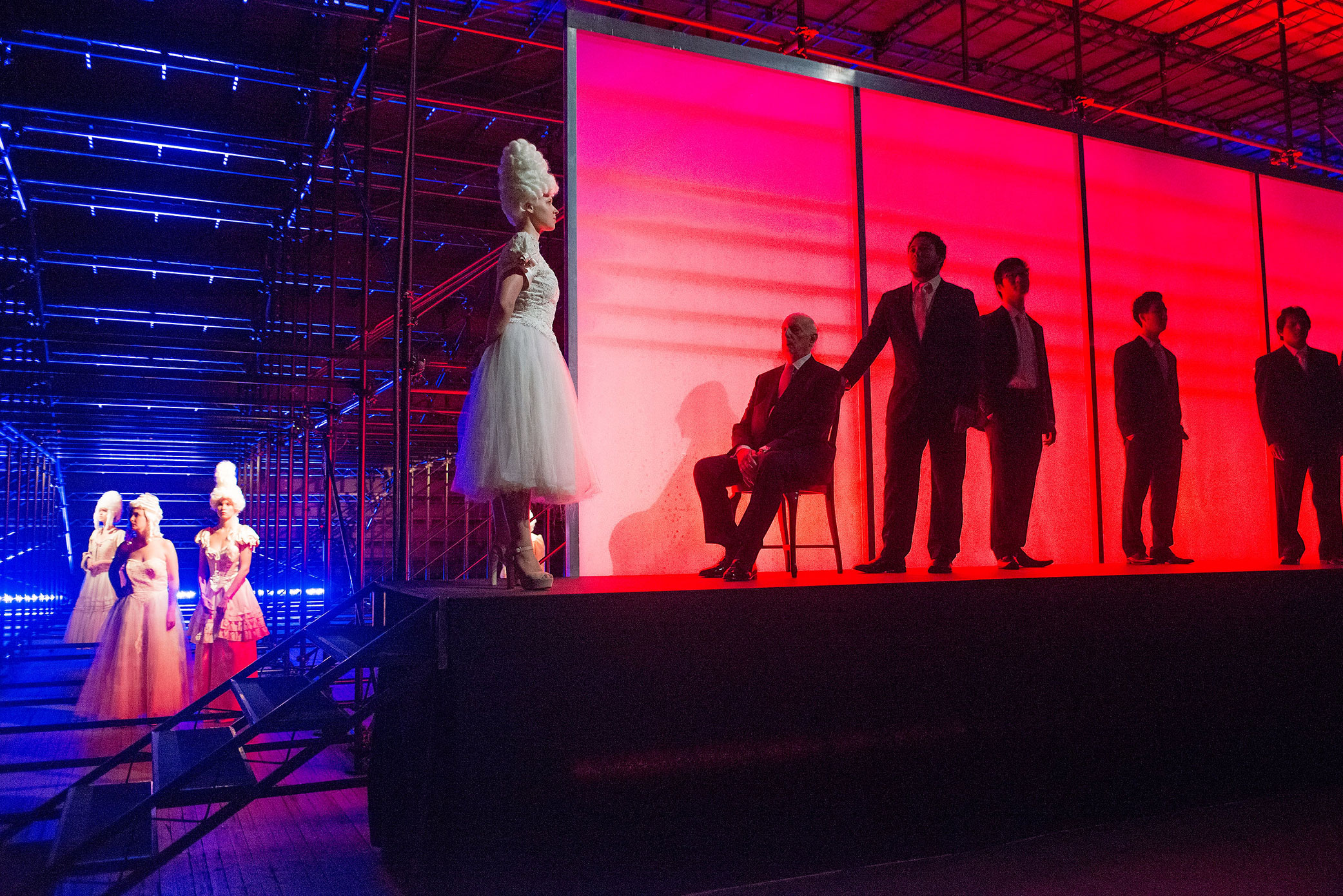 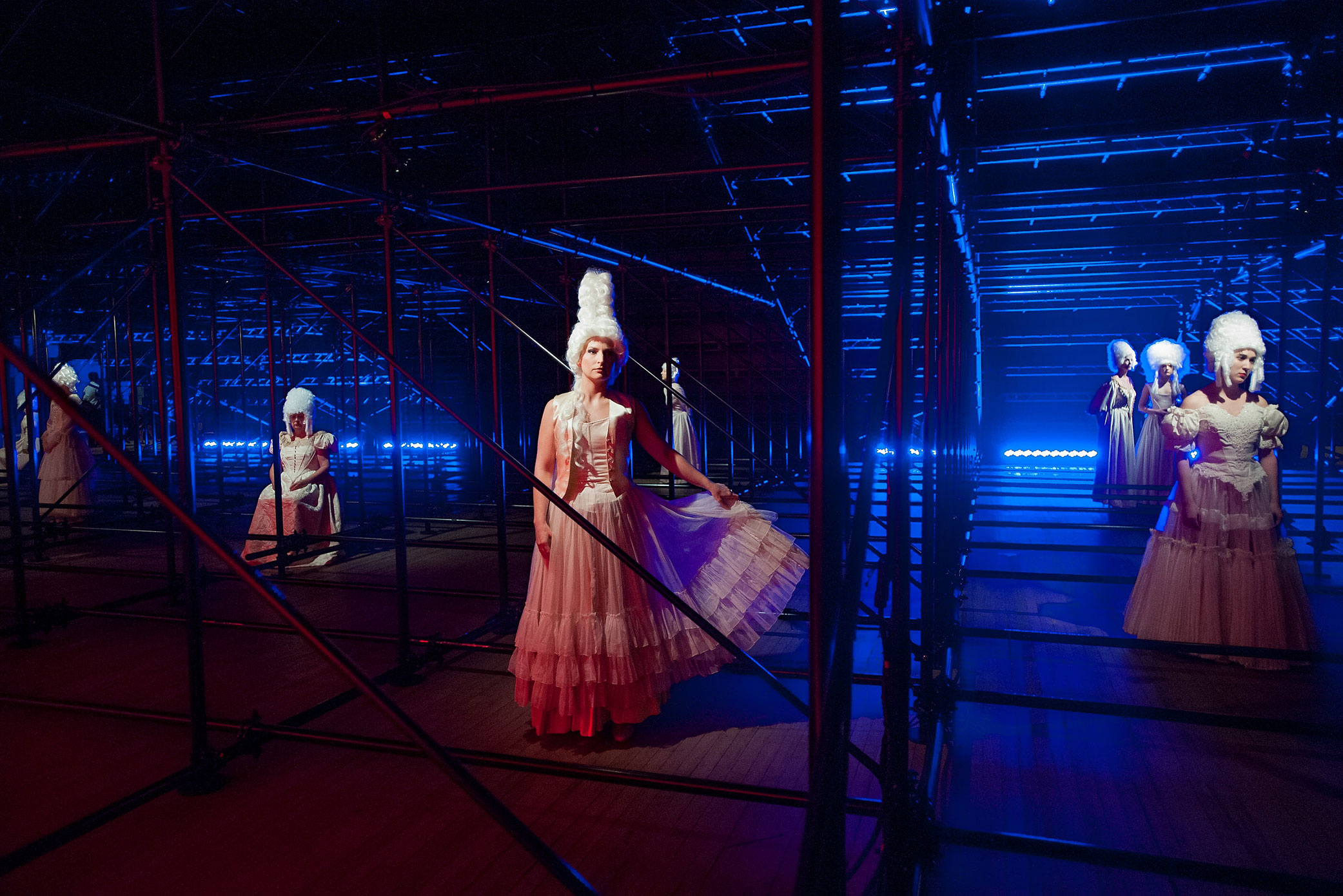 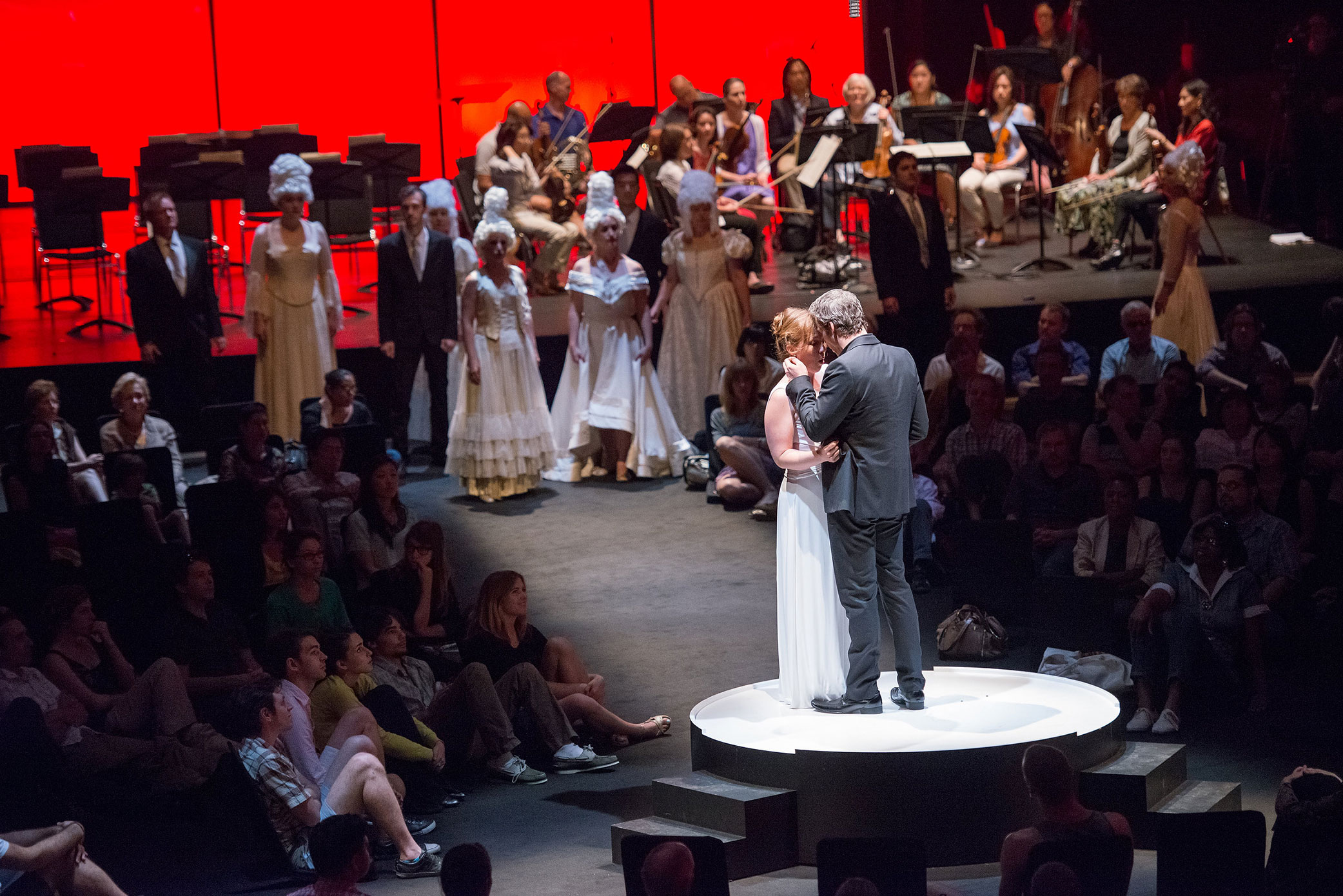 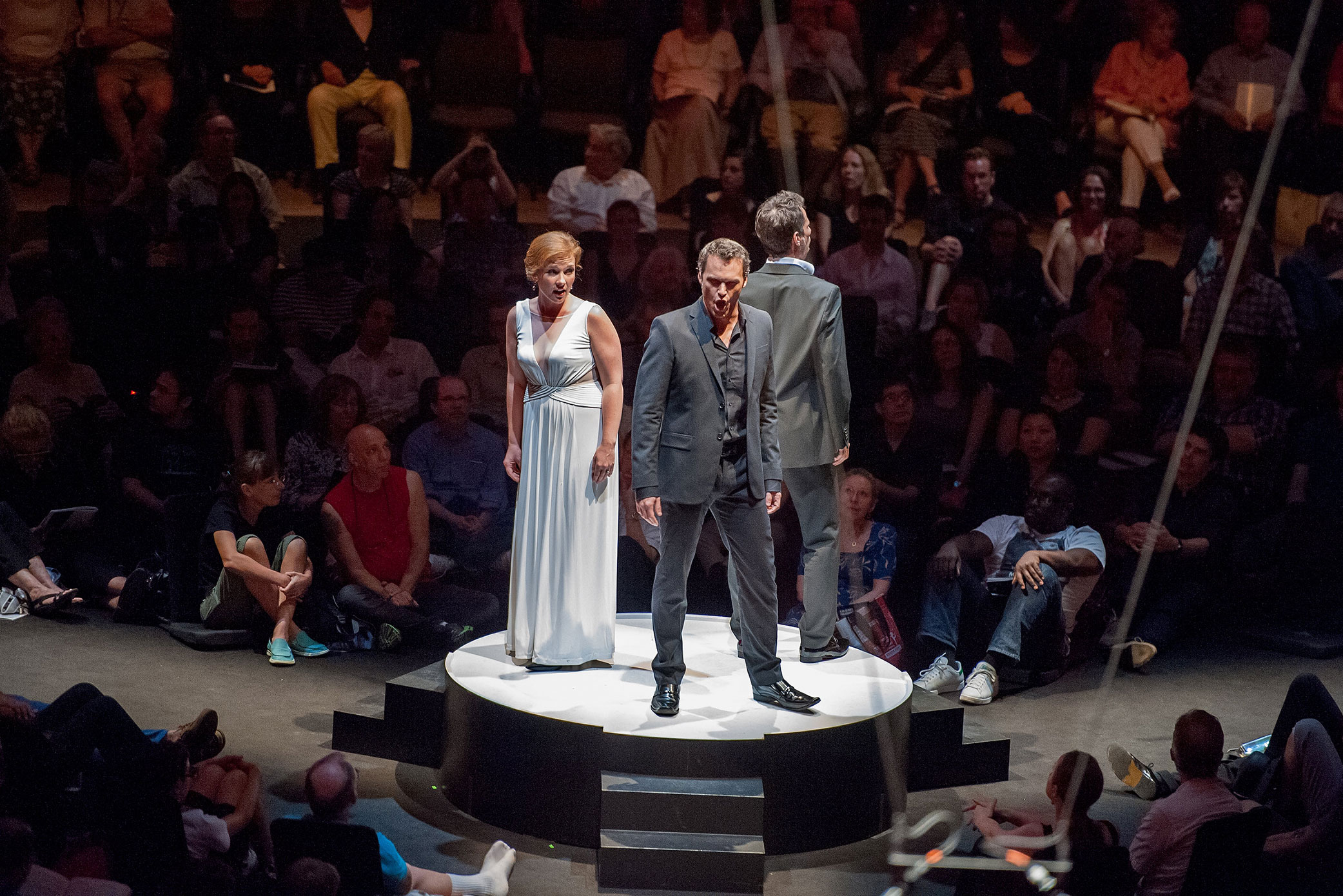 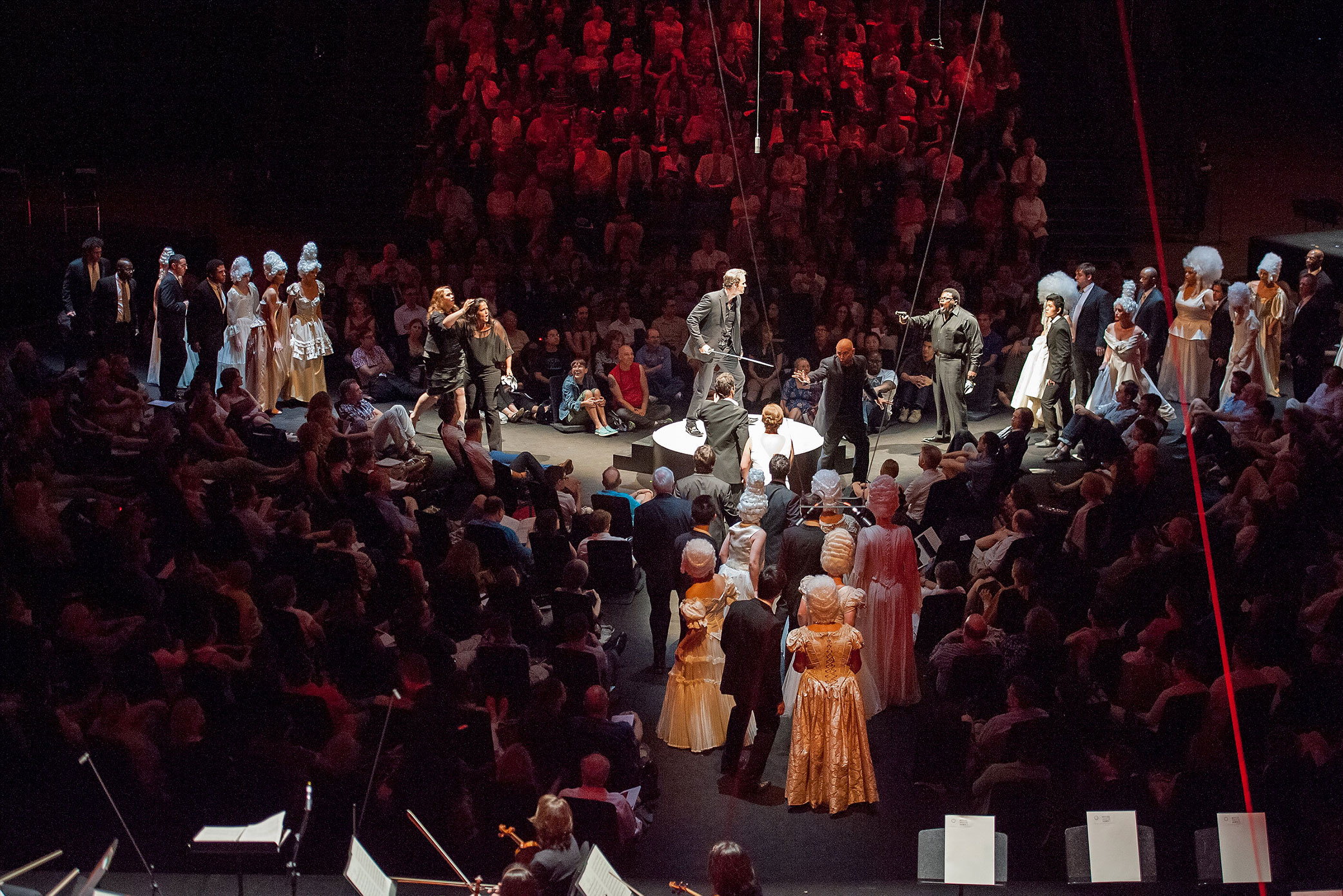 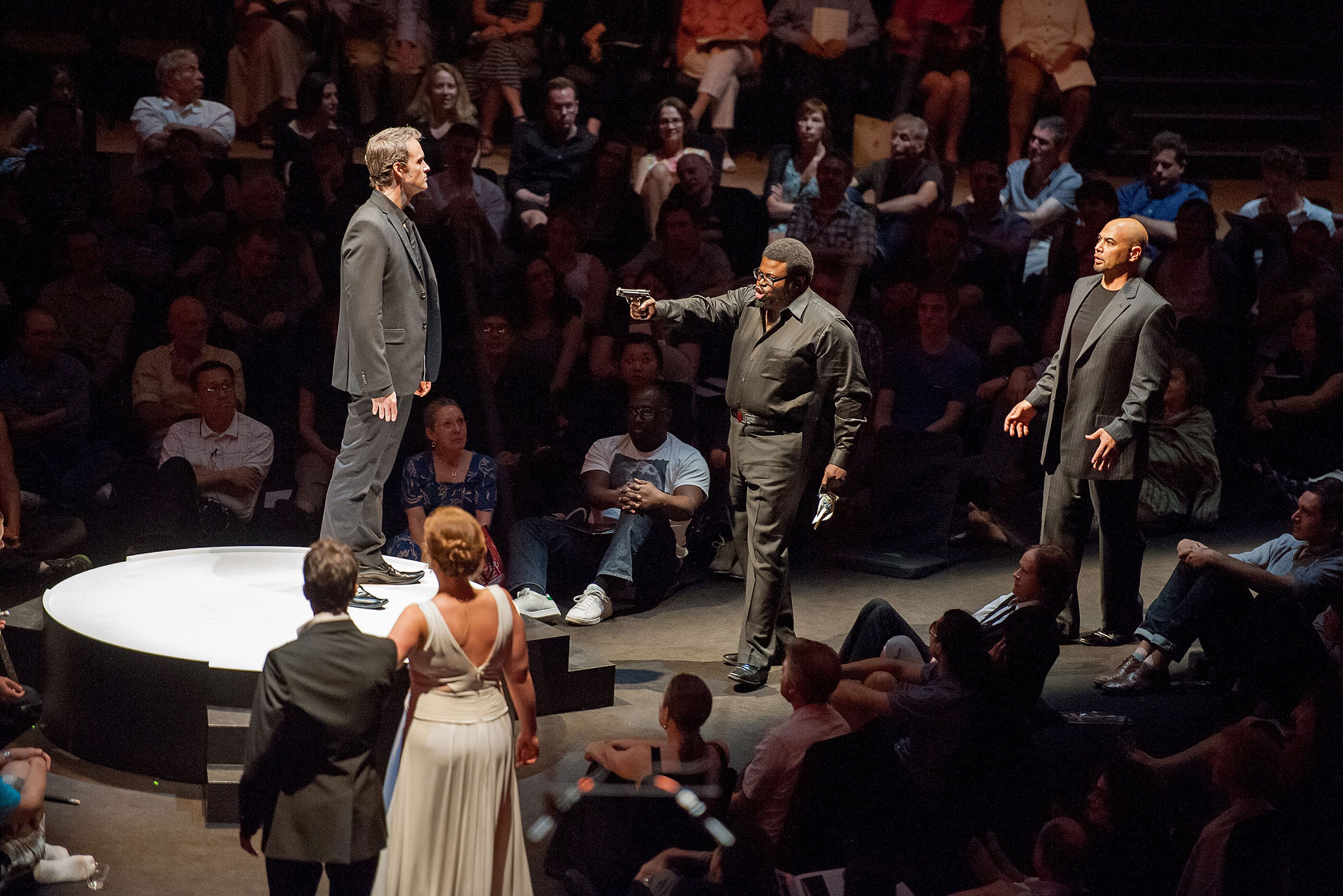 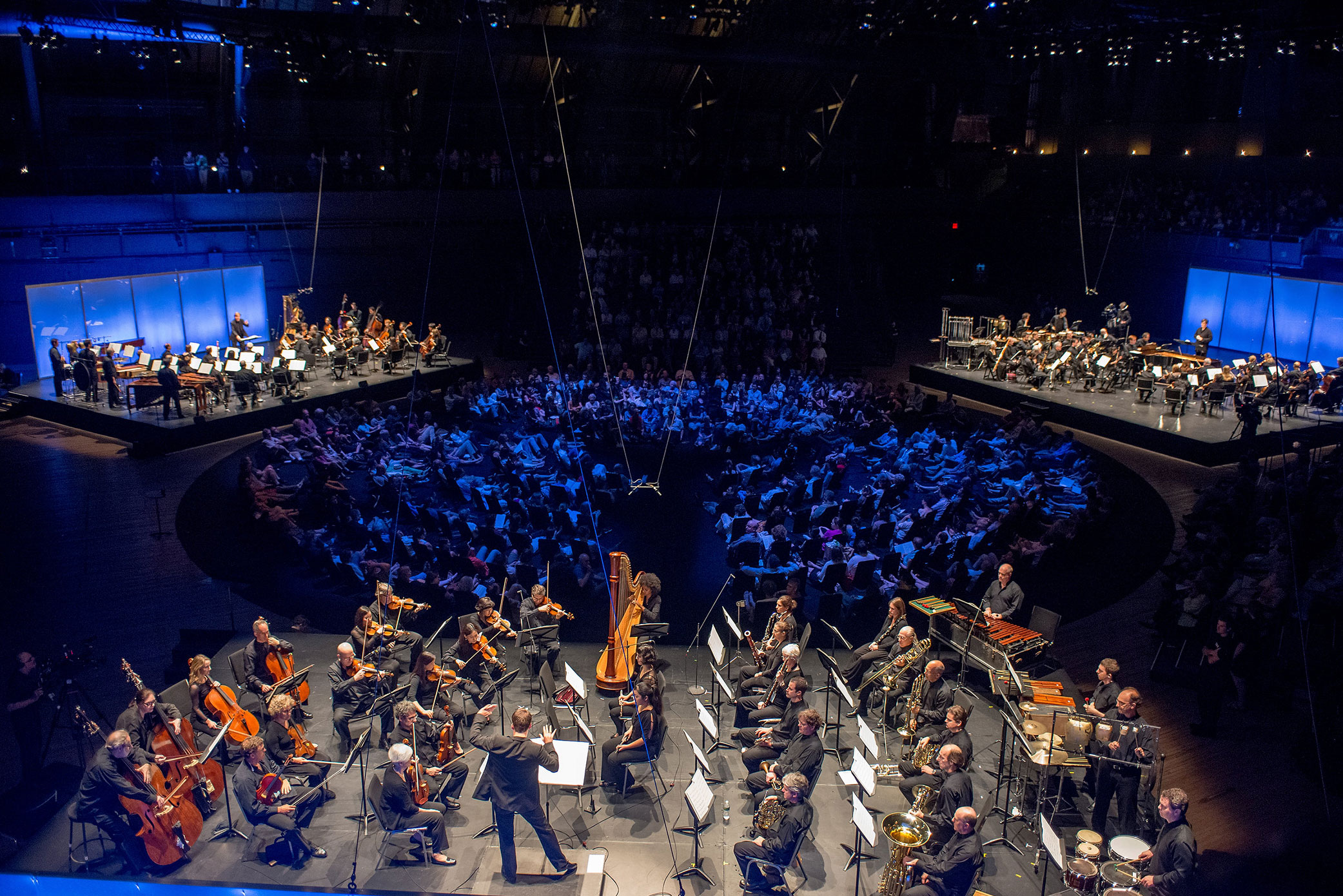 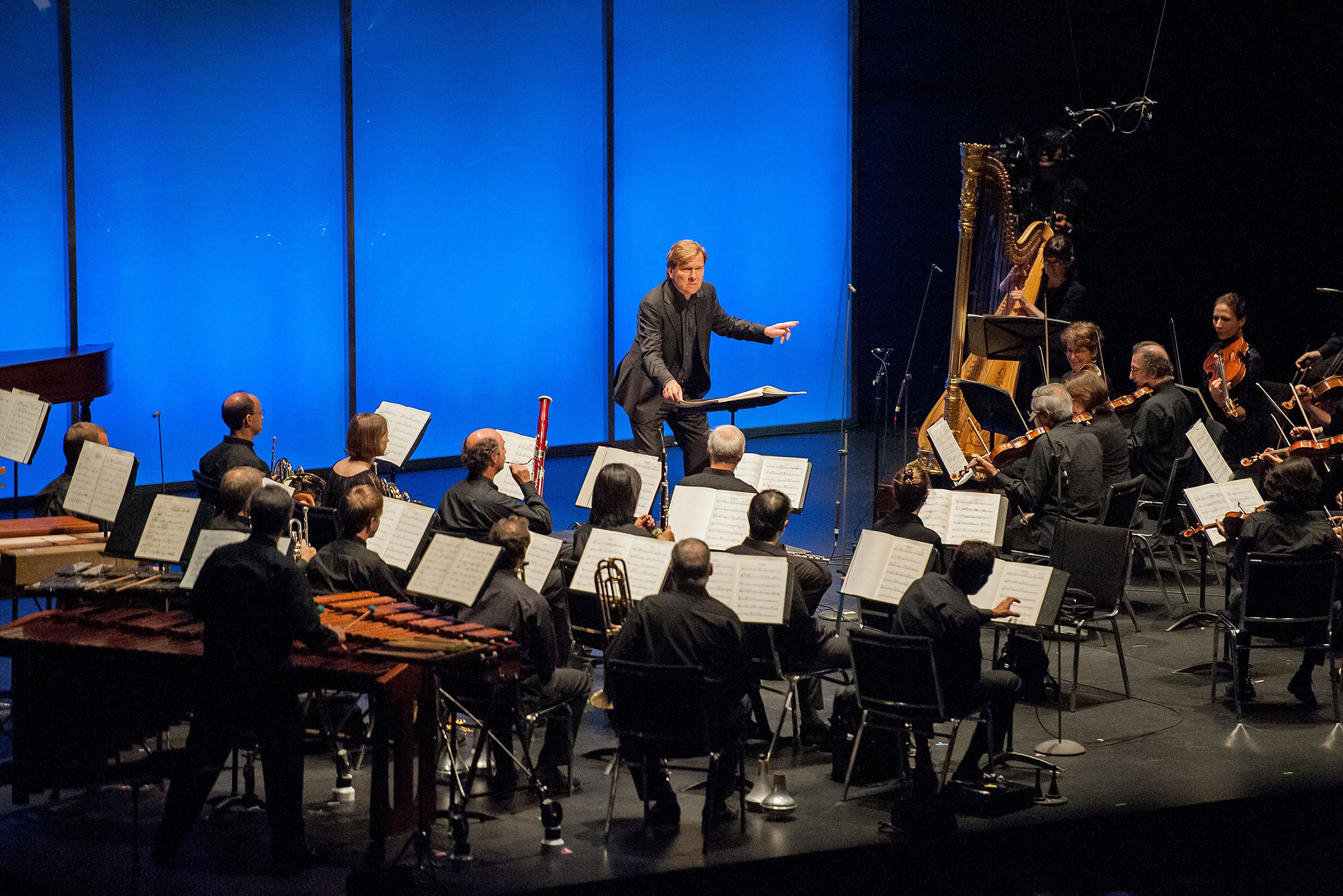 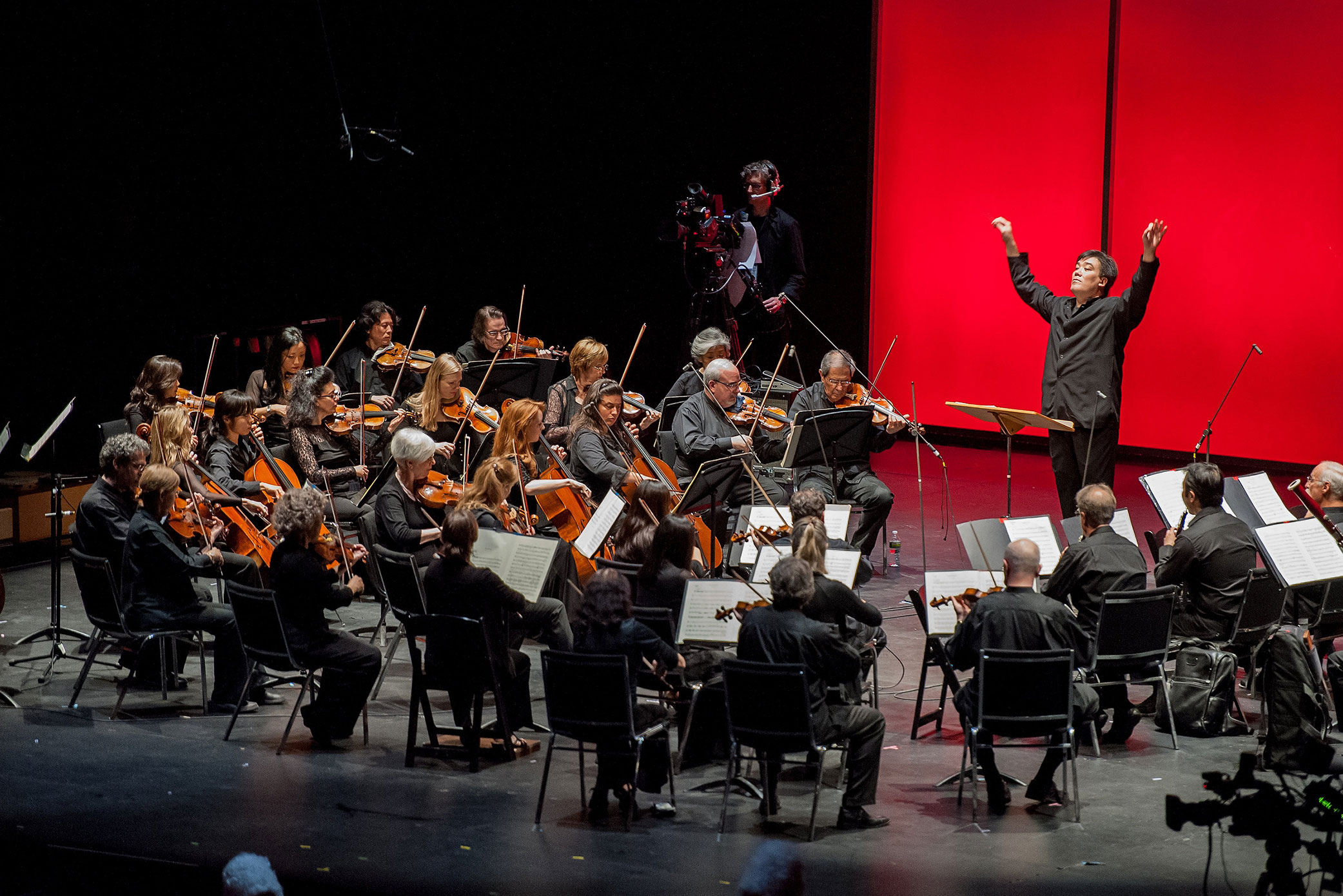 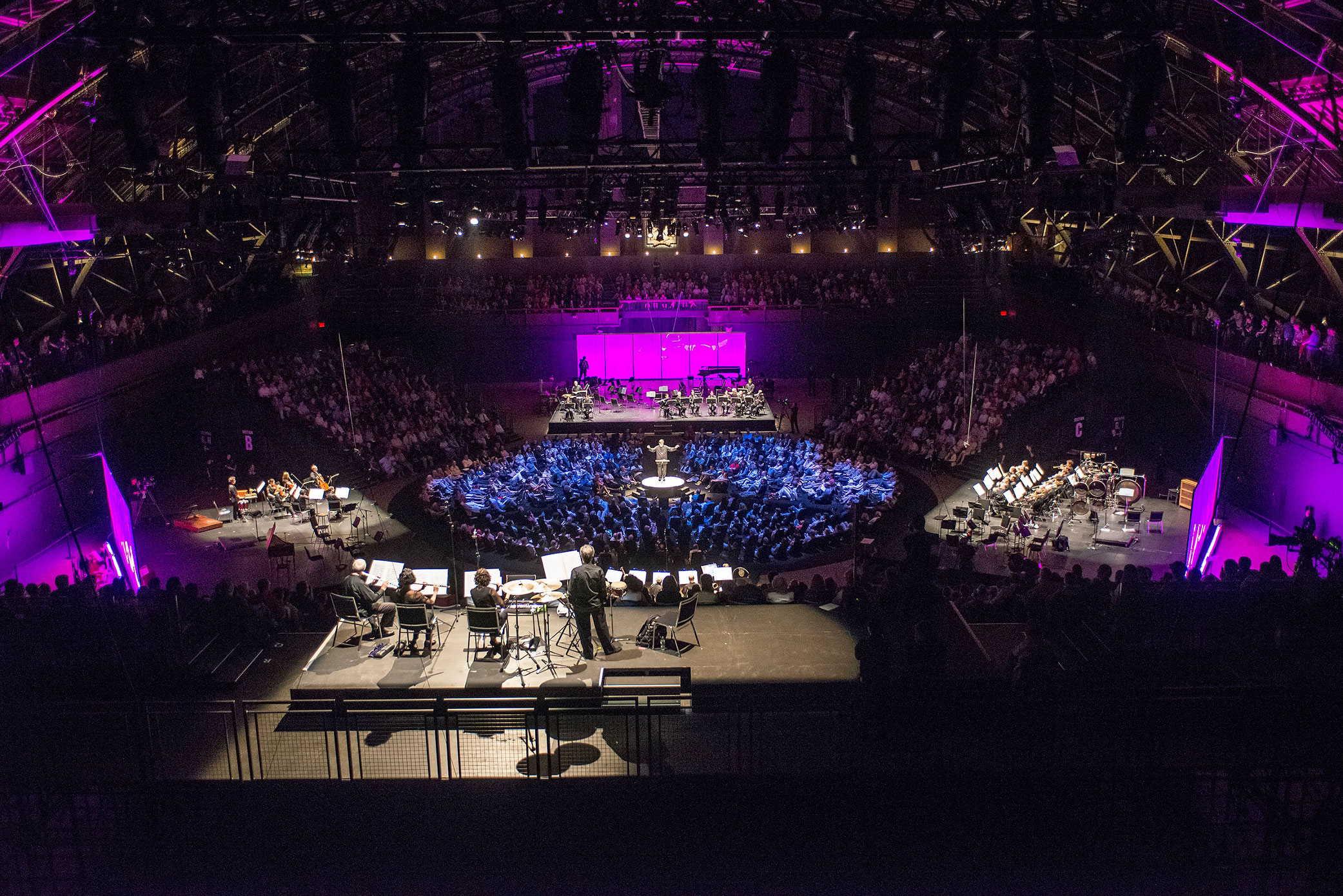 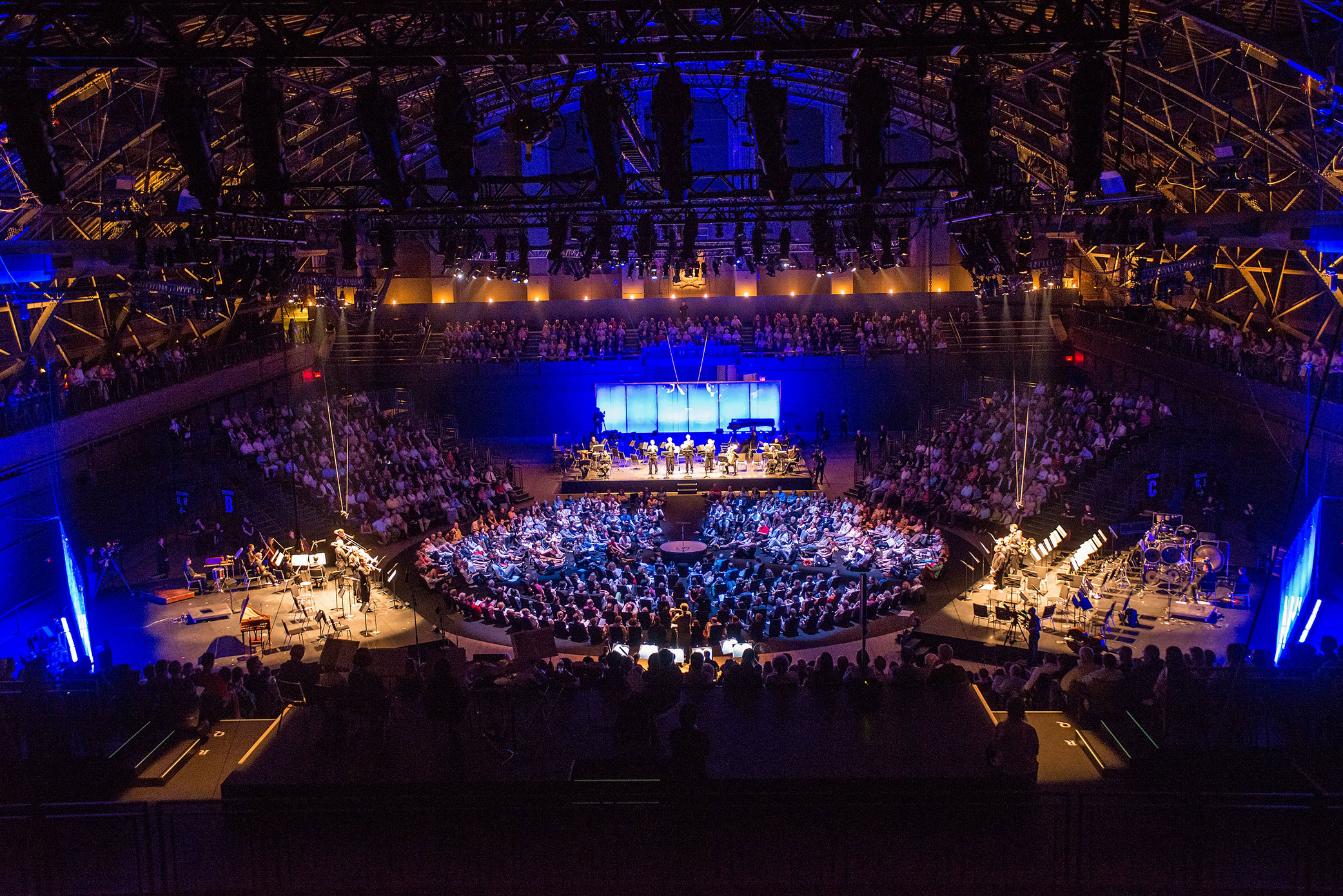 The New York Philharmonic explored the spatial qualities of the Armory’s soaring, 55,000-square-foot Wade Thompson Drill Hall with four iconic works in which the orchestra members surround the audience. The centerpiece of the evening was the rarely-performed Gruppen by Karlheinz Stockhausen — a work that requires three orchestras and three conductors. Also on the program were Pierre Boulez’s Rituel in Memoriam Bruno Maderna, the Finale of Act I from Mozart’s opera Don Giovanni, and Charles Ives’ The Unanswered Question.Fisher Dachs Associates designed the theatrical arrangement of seating and staging for the production.