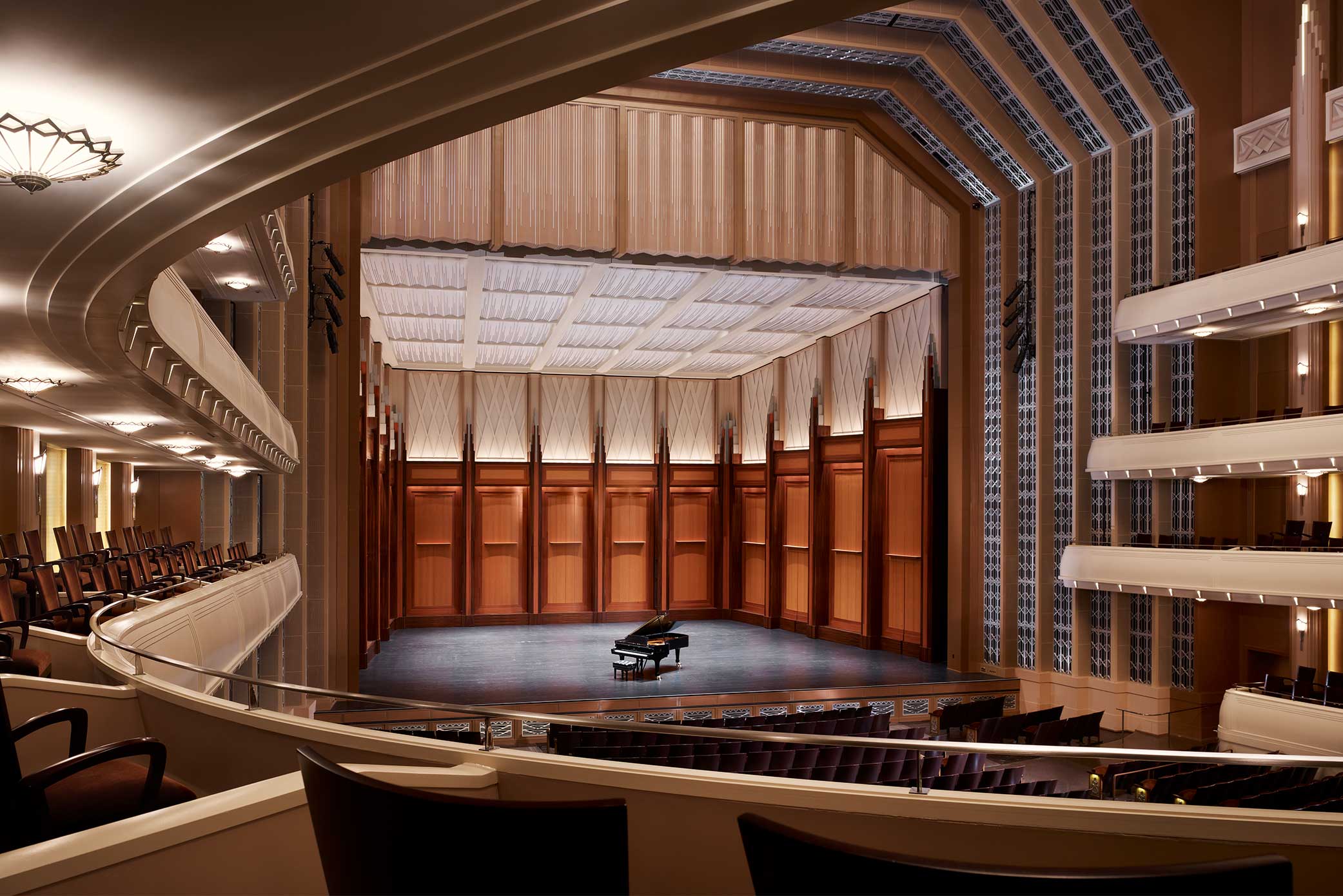 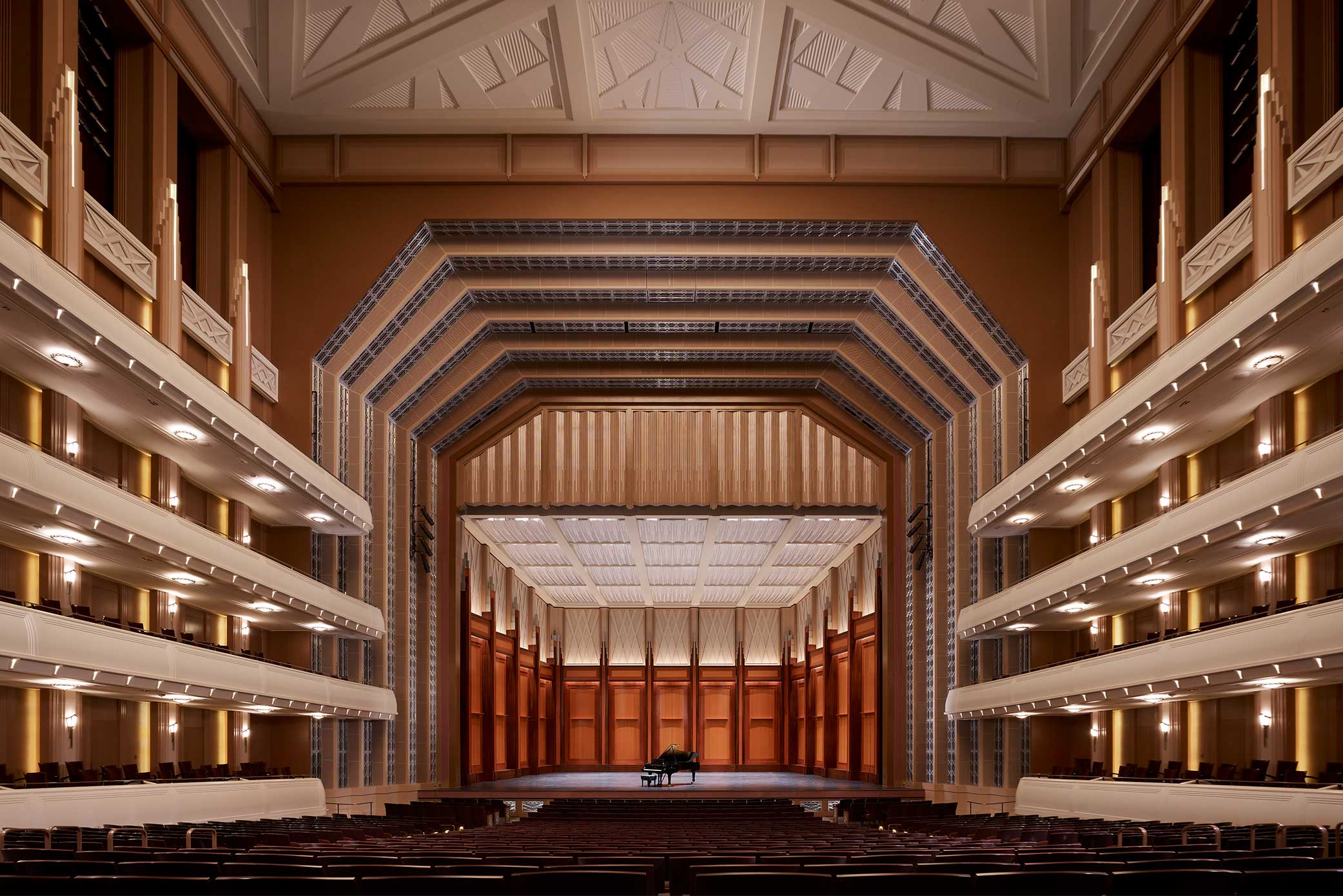 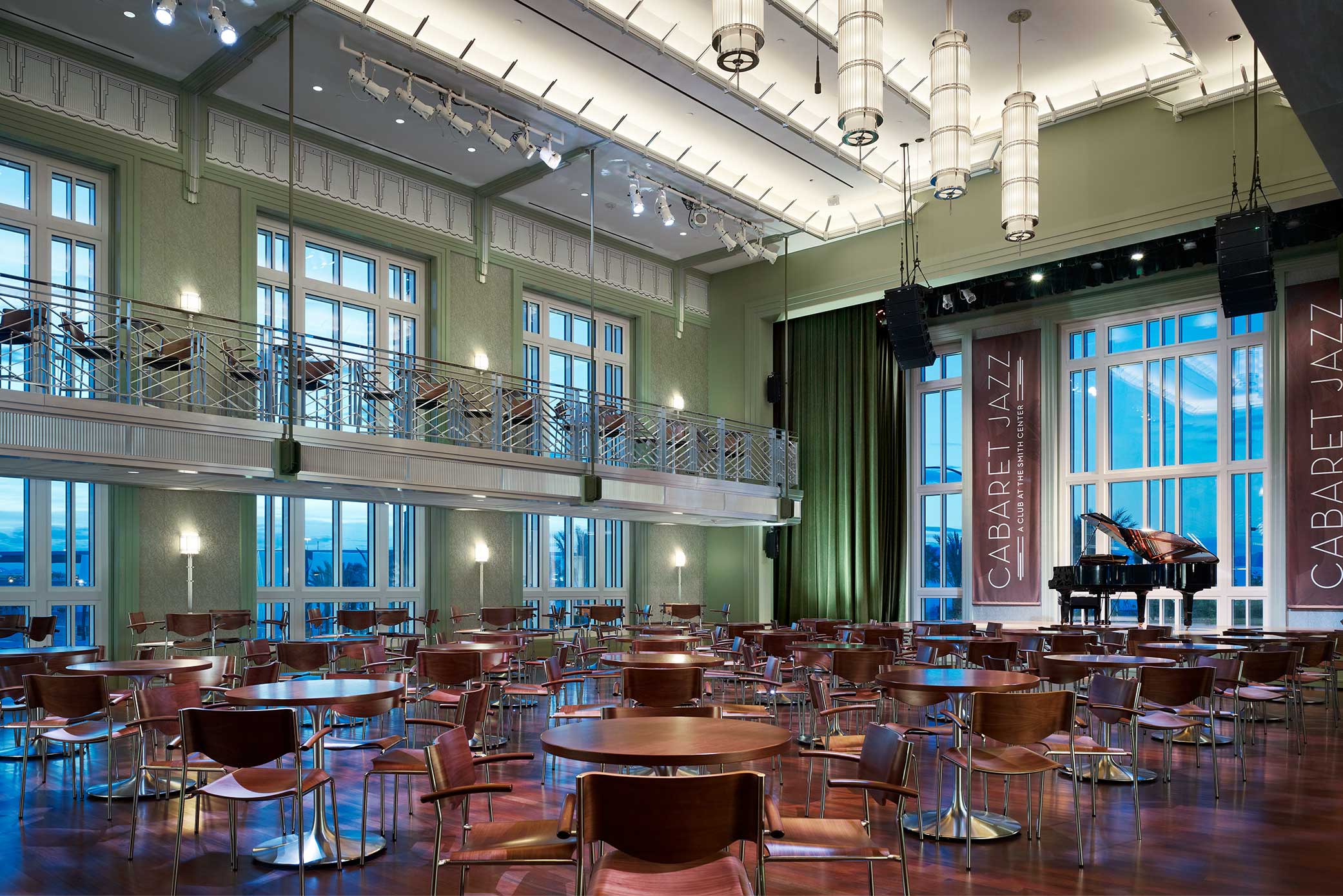 The Smith Center for the Performing Arts, which opened in March 2012, has already made an impact on what promises to be a major cultural transformation in Las Vegas. The Smith Center has a state-of-the-art 2,050 seat multi-purpose hall, a 150 seat studio theatre and a 200 seat cabaret theatre. The large theater will present Broadway shows and other major touring attractions as well as orchestral, opera and dance performances. The studio theatre will feature more intimate productions, such as dance and drama, as well as being the orchestra’s rehearsal hall. The cabaret will house jazz, cabaret, children’s performances and community events.

The 2,050-seat Reynolds Hall is at once grand and intimate: patrons feel close to the performers on stage without any compromise in sightlines. The design team has set a new standard for American multipurpose halls. The orchestra shell is designed to work seamlessly with the architectural character of the room; the rigging system ties the box tier doors into the acoustical drapery system in order to make the hall more absorptive for amplified events; the air-conditioned grid ensures not only the health of the workers but also the preservation of the electronic equipment.