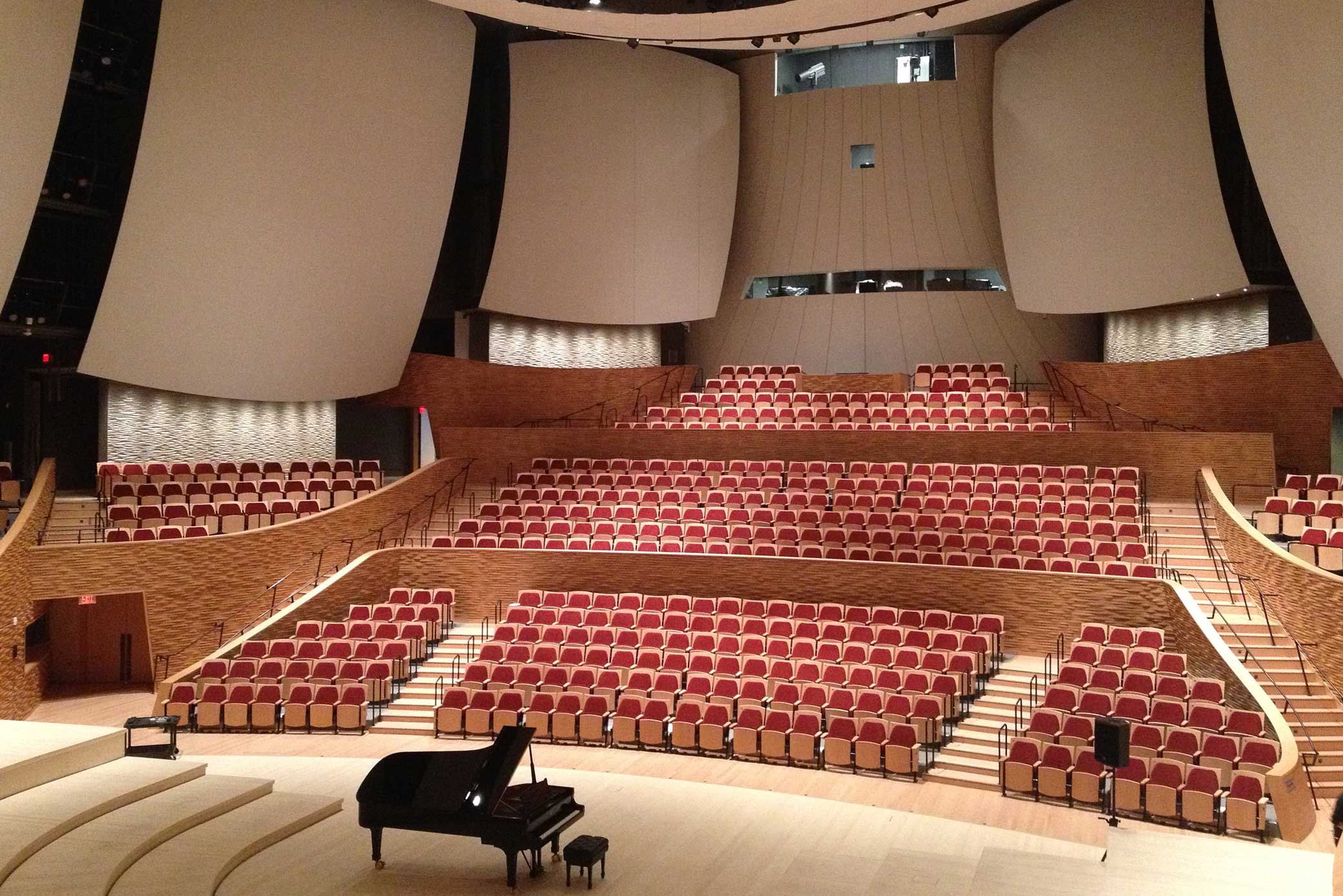 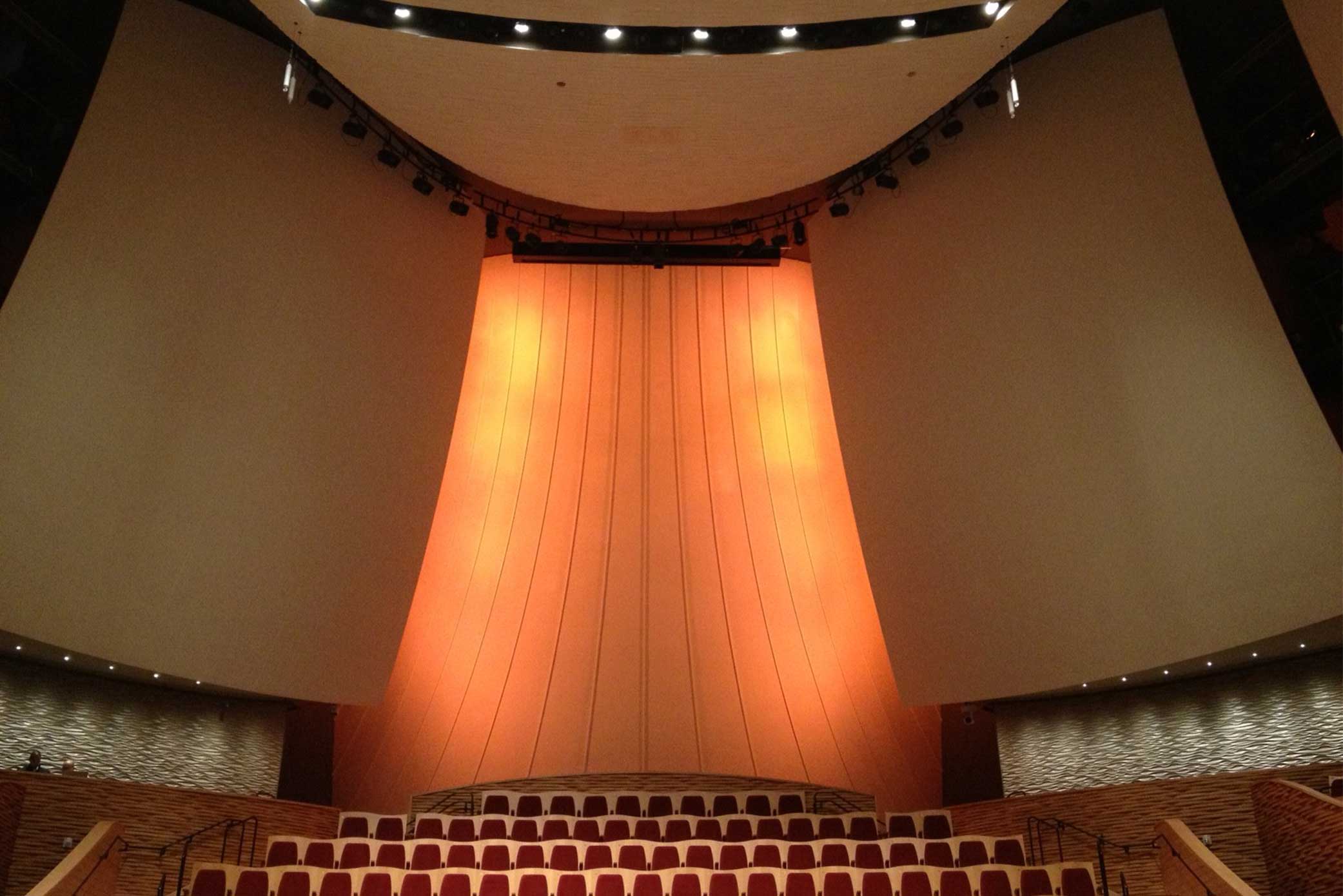 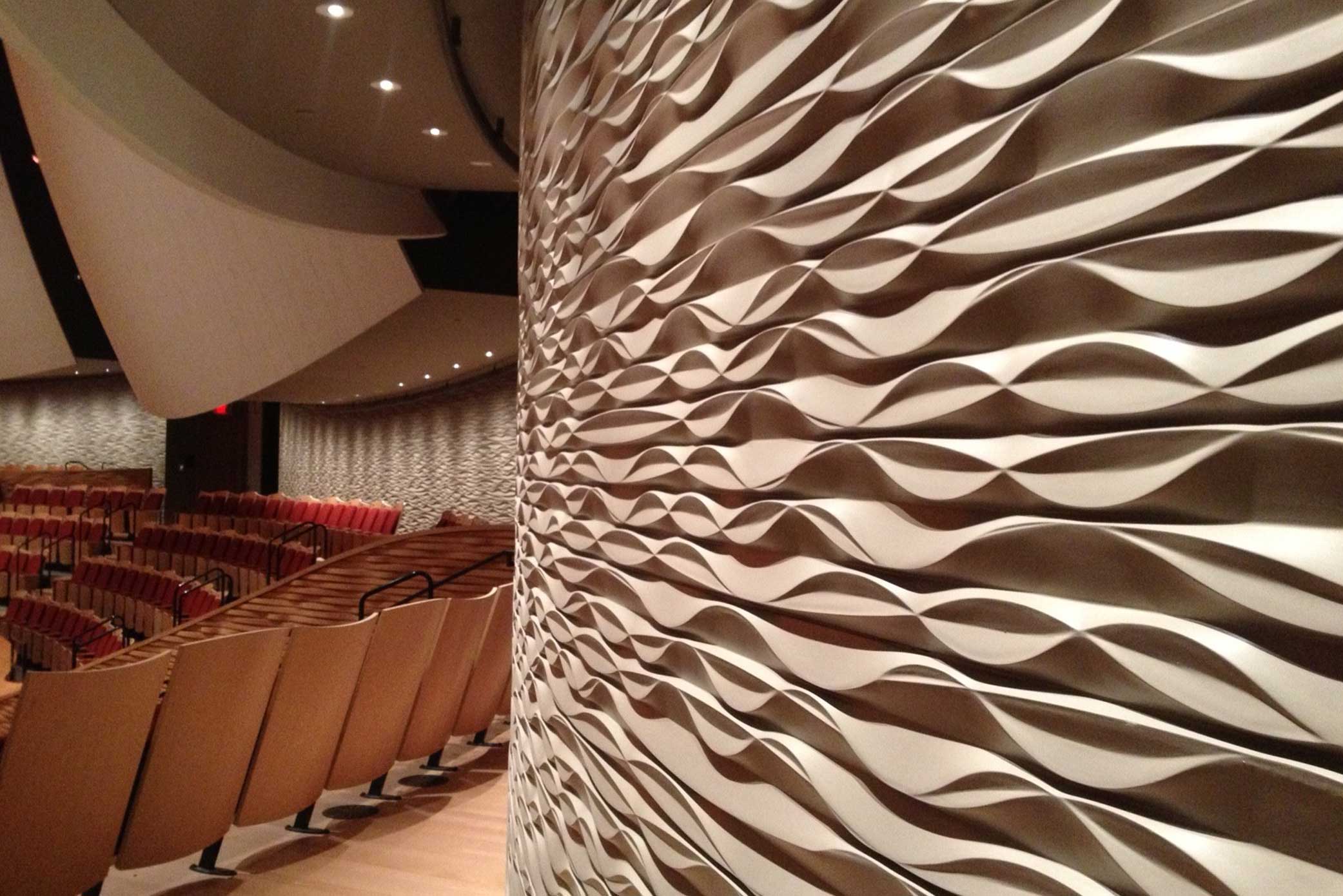 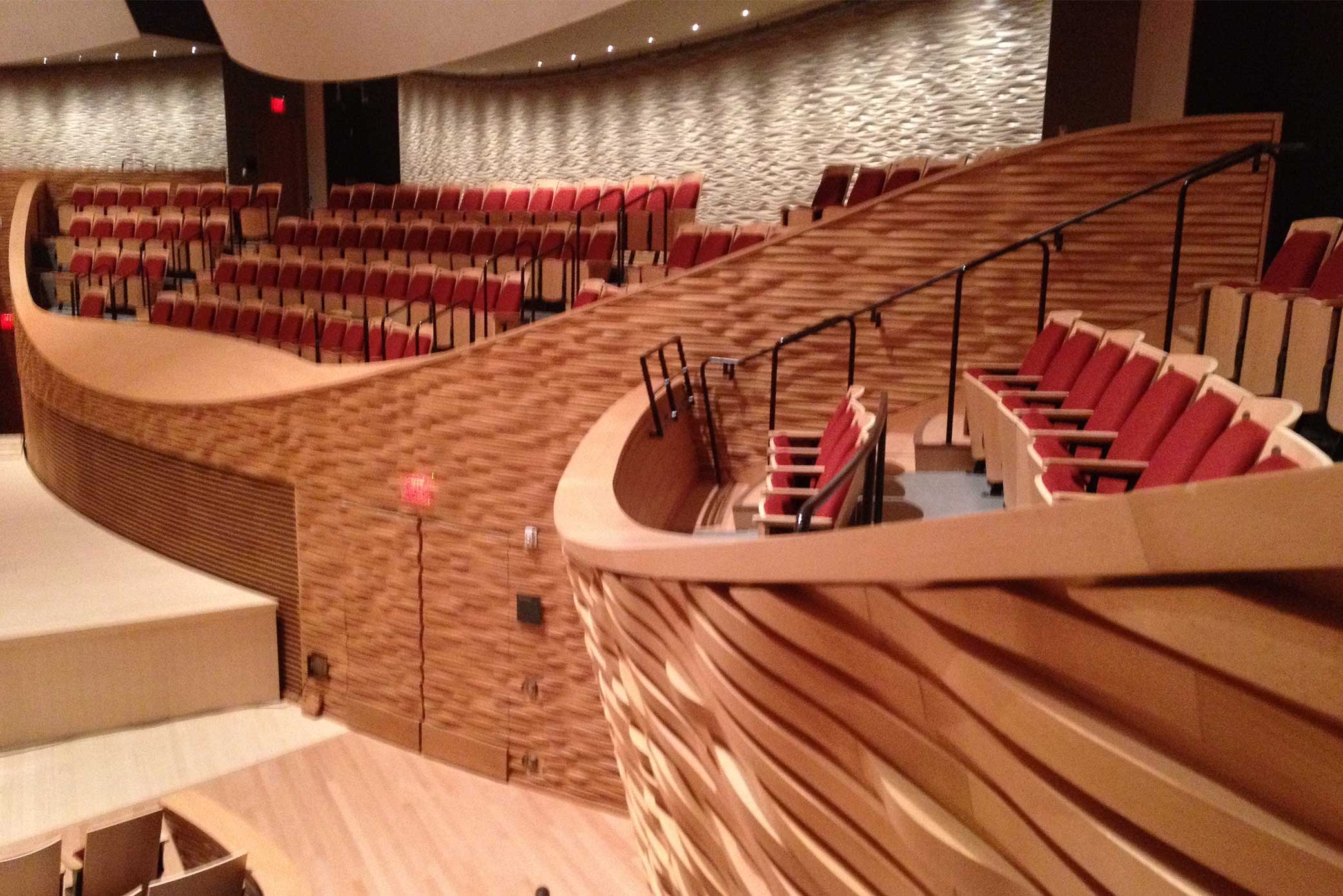 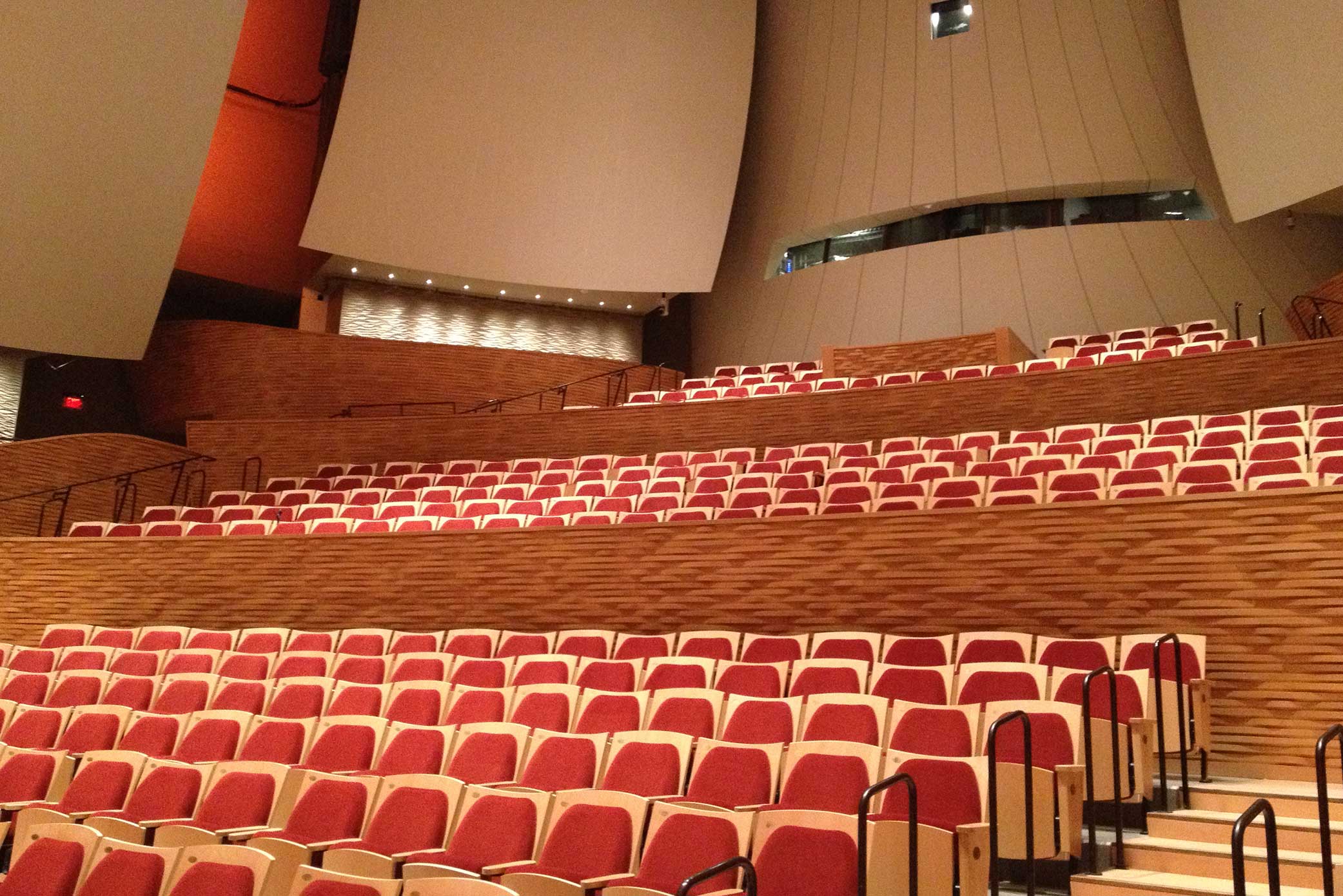 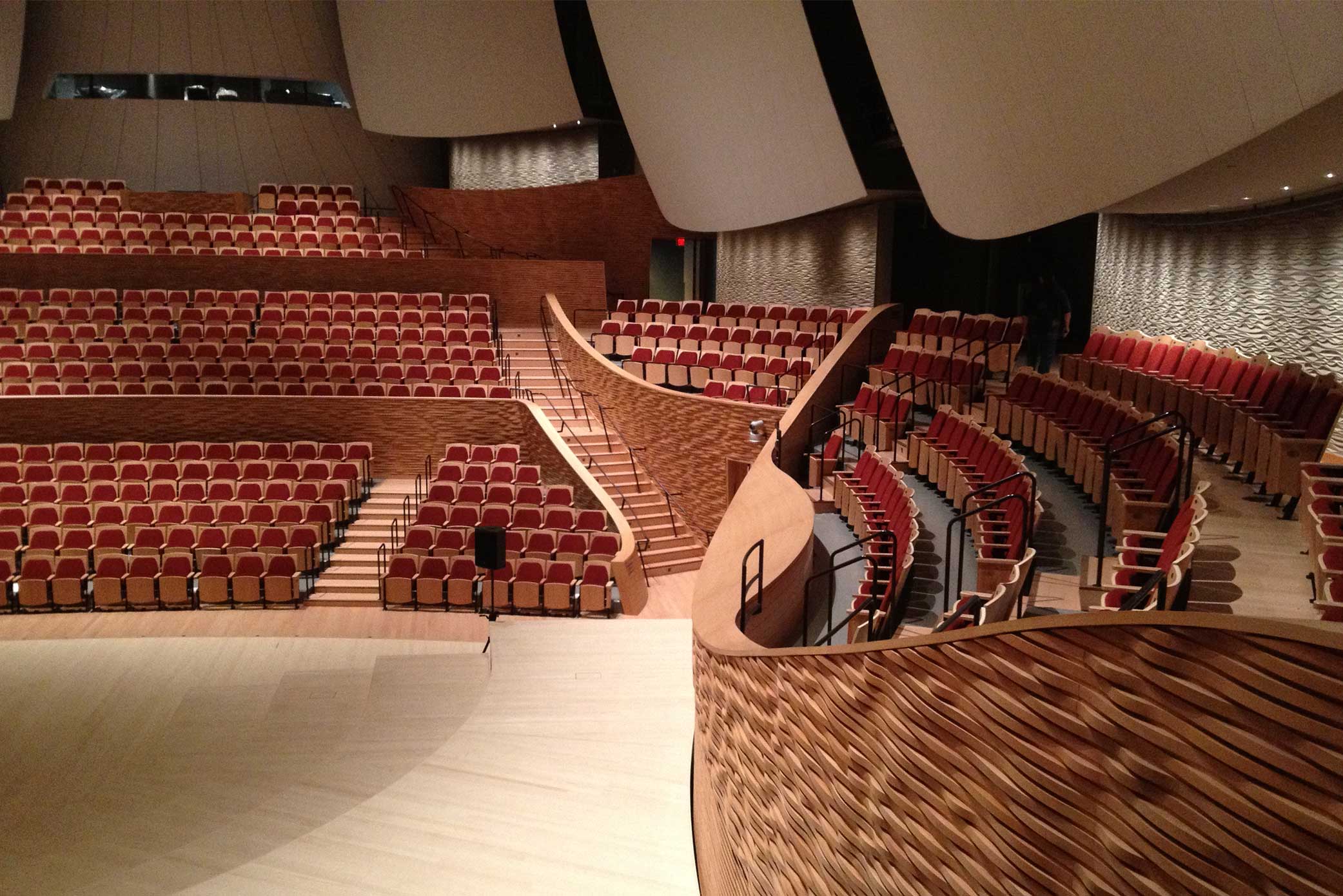 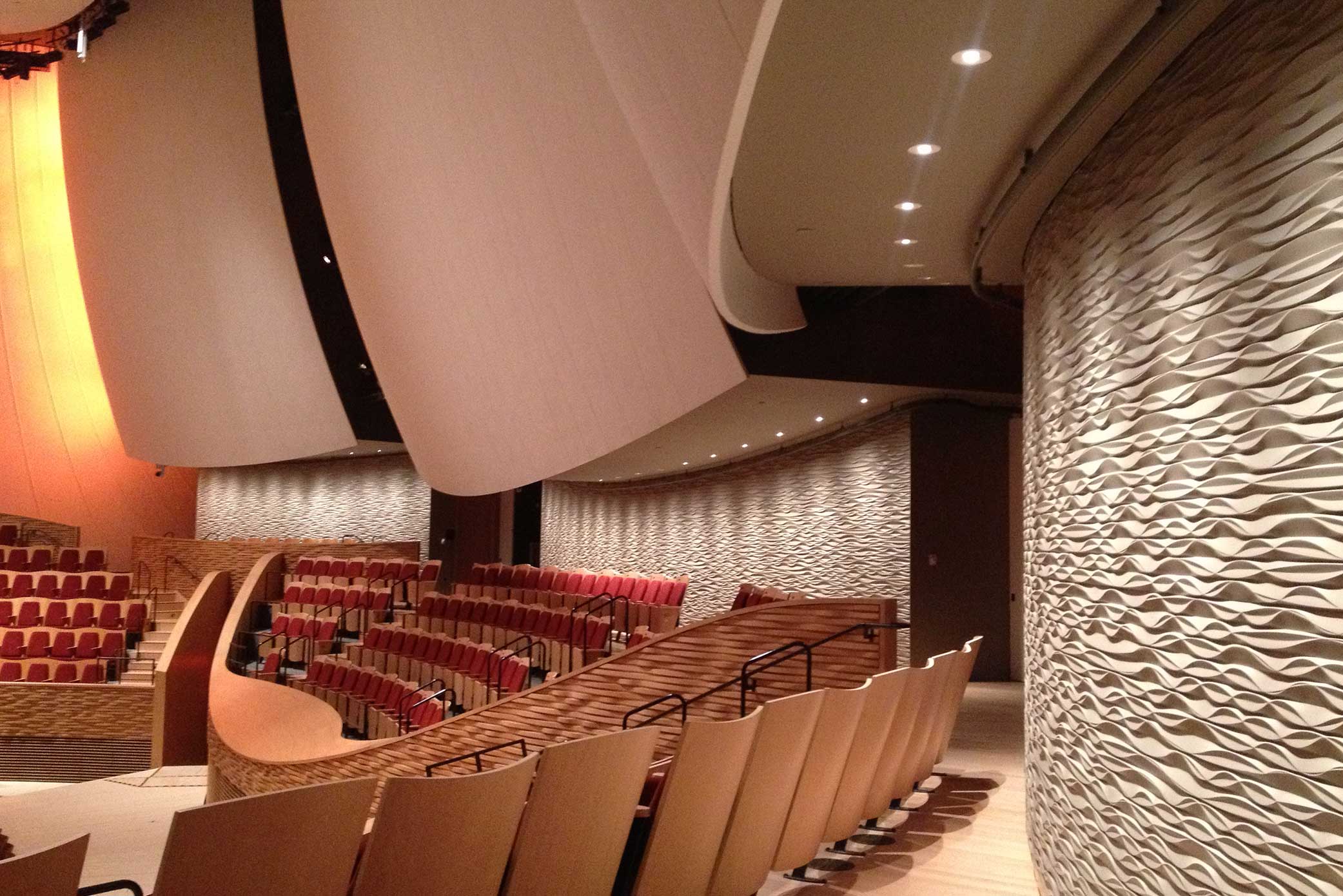 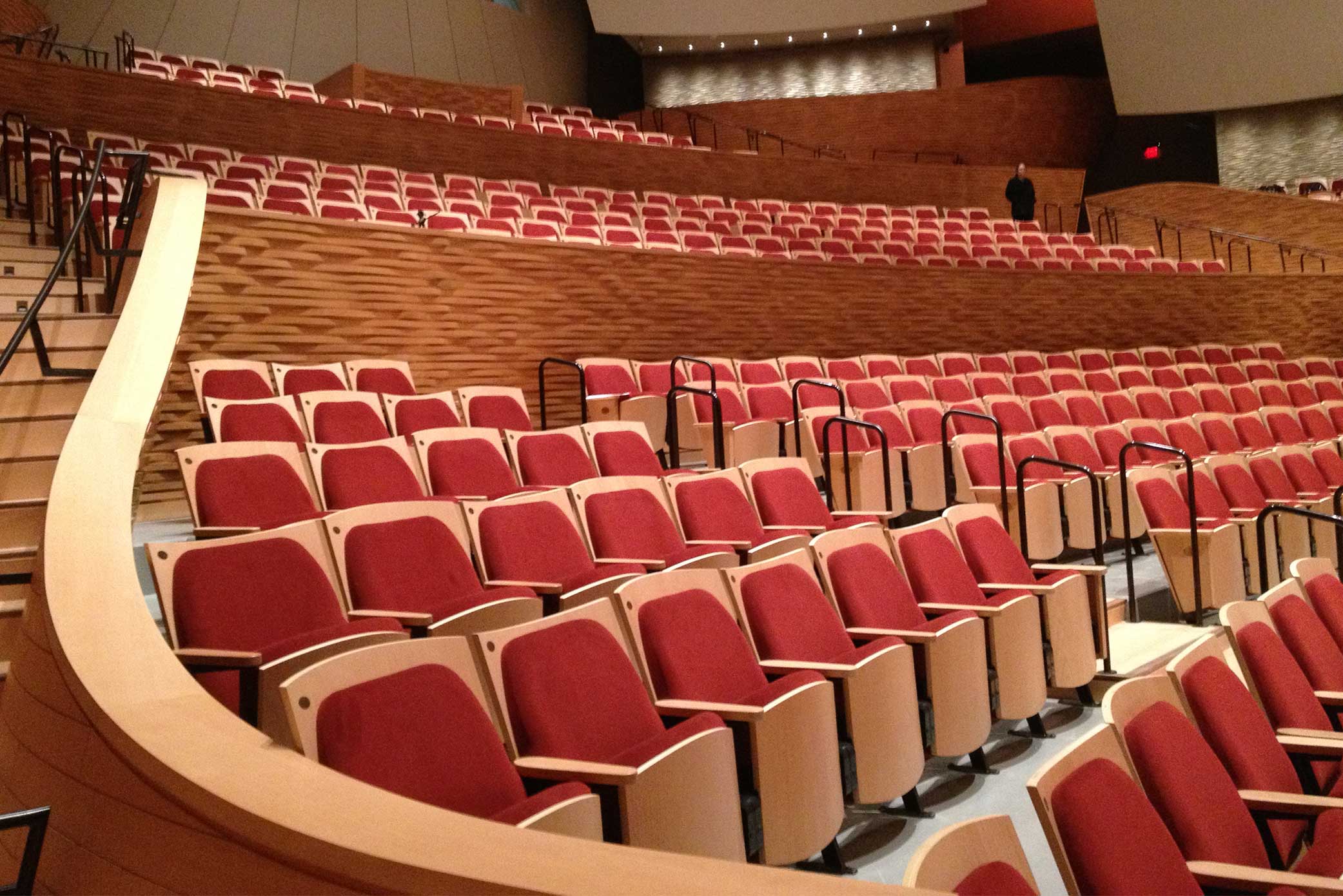 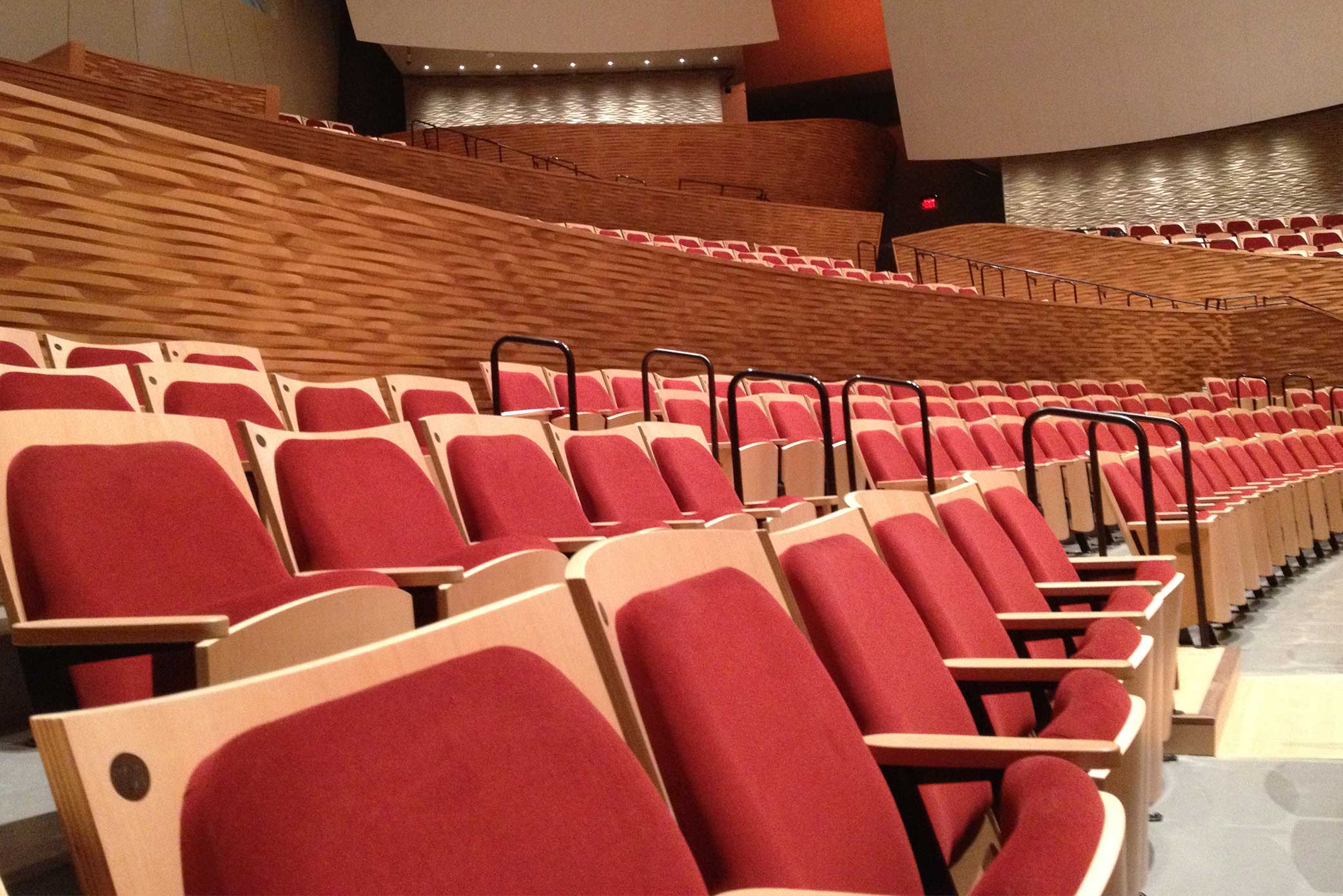 FDA began working with Stanford University and its local presenting group, Stanford Lively Arts, during the early planning stages of the Performing Arts Center project. During extensive interviews with stakeholders, school user groups, administration, and facilities departments, the team planned the hall to be a true partnership between Stanford’s performing arts and music departments and Stanford Lively Arts. In addition to achieving acoustical excellence, the client’s objectives for the hall recognized the changing nature of classical music performance. Soloists, orchestras, and chamber groups are increasingly experimenting with visual media, lighting, and movement, and the hall has been carefully designed to facilitate these more theatrical types of musical presentations. In addition, there was a strong desire to make an informal space that would break down the real and implied barriers that separate audiences and performers in so many halls. This desire contributed to keeping the seating capacity low so that no one is very far away from the stage. The decision to adopt a surround-style arrangement and to place the musicians at the same floor level as the front row of seats provides exciting perspectives on the musicians, allowing the audience to see the conductor from the musicians’ point of view and to watch the subtle interactions between artists up close. The result is a hall in which the audience and musicians share an intimate space and can hear, see, and feel the music together.