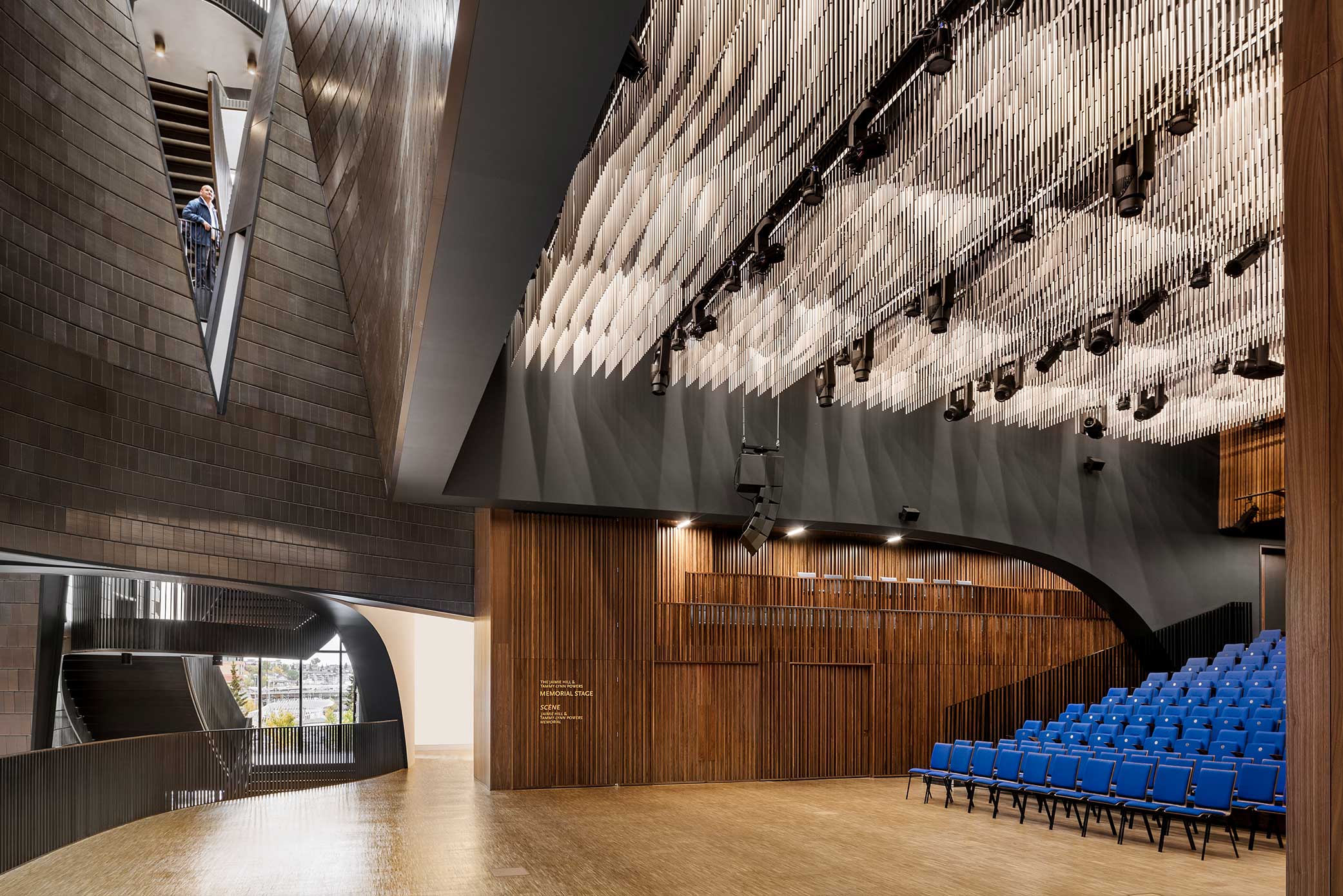 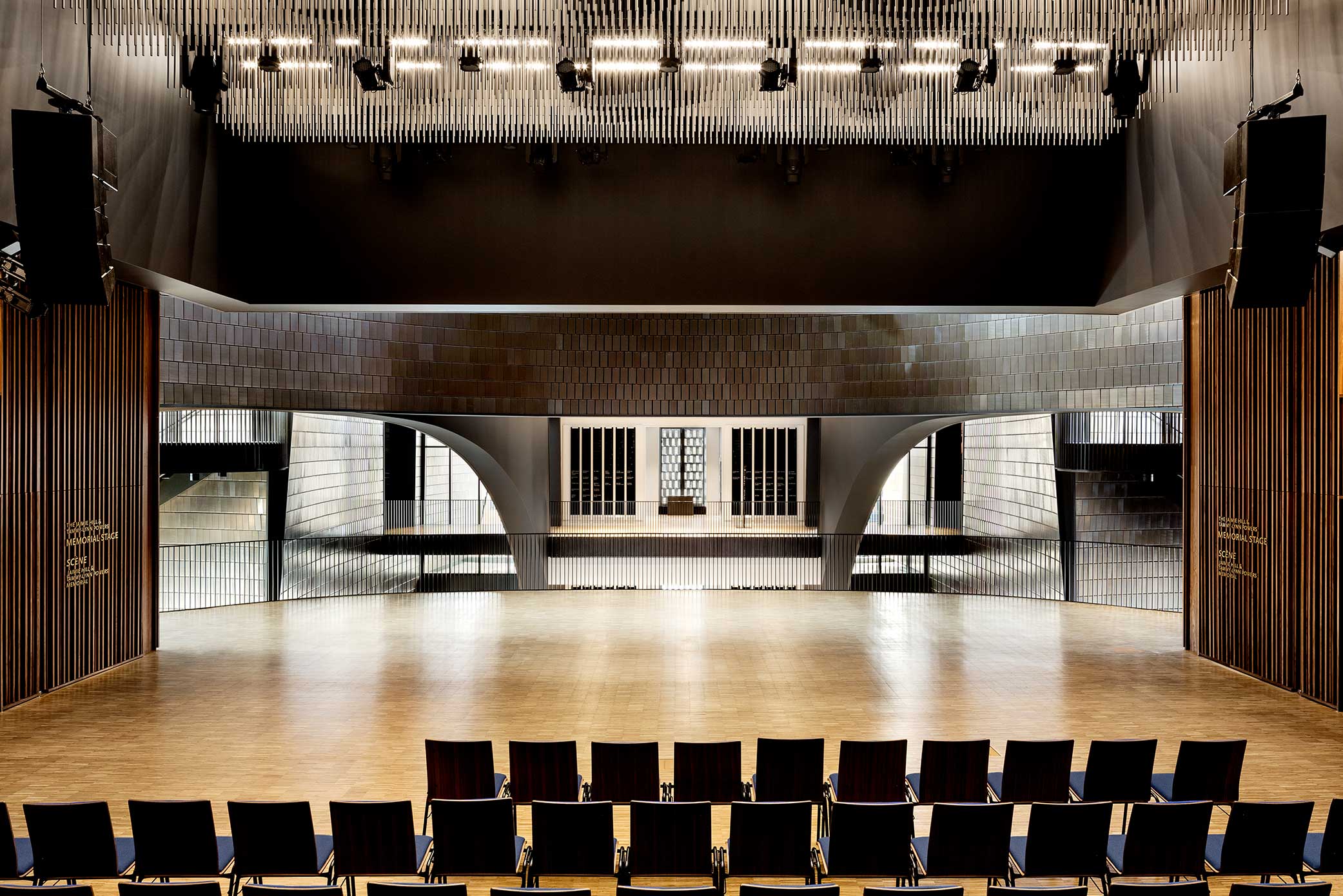 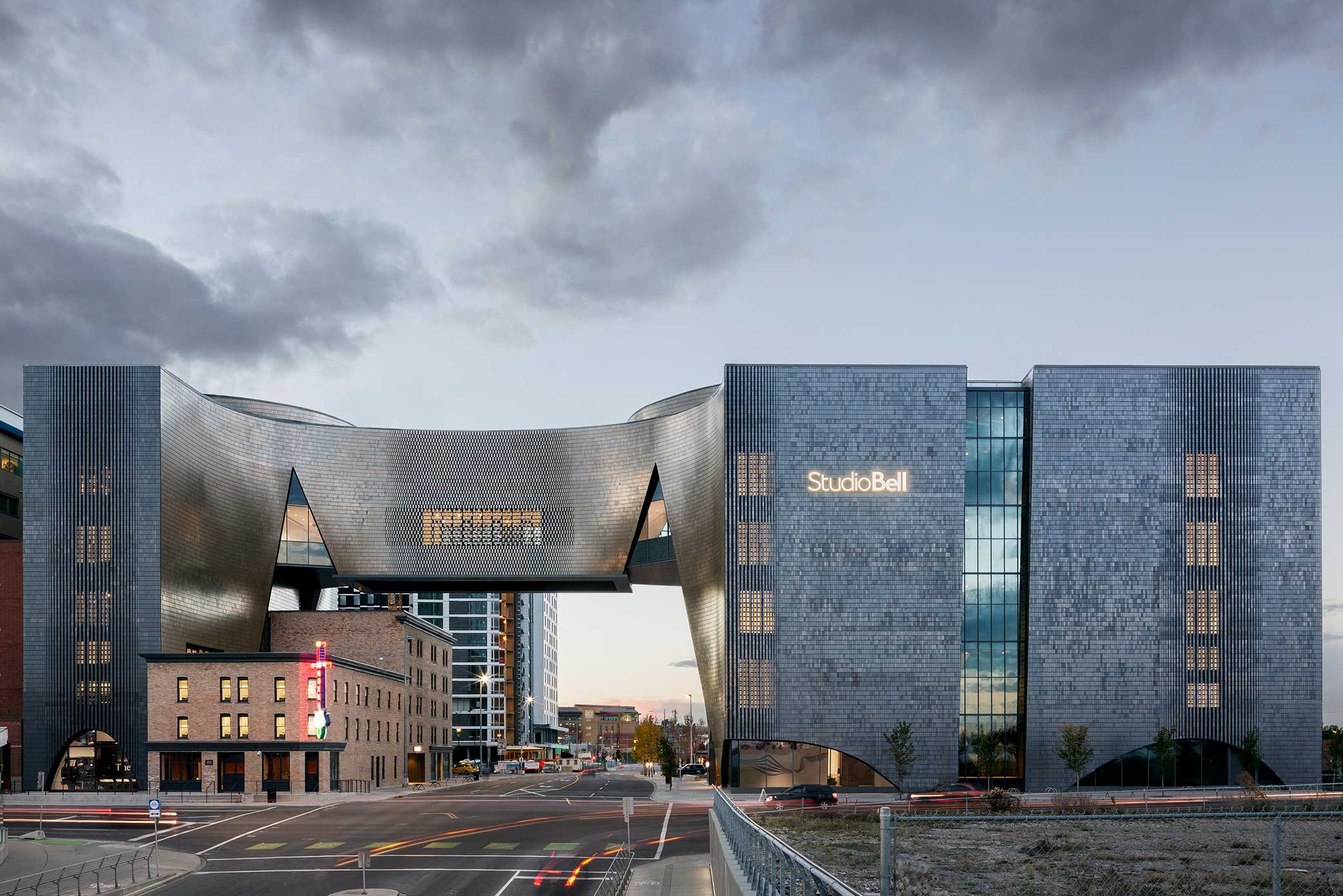 The National Music Center of Canada is an entirely new cultural institution dedicated to the music of Canada in all of its forms. It is at once museum, performance hall, interactive music education center, recording studio, broadcast center, and exhibition of the Cantos Music Foundation’s growing collection. Sited opposite the Stampede Grounds in Calgary’s historic East Village, the new NMC, along with the restored King Edward Hotel, revitalizes the district. The project marks the first stage of a new music district in the historic heart of the city.

The first floor houses a live performance venue, called Canada Music Square, along with interactive displays that provide an overview of the centre.

The second storey houses the main performance hall, which overlooks the lobby and serves as the building’s programmatic and structural center. With flexible seating and a movable acoustic wall, the concert hall can be closed for intimate performances and be fully opened to the lobby and circulation spaces, filling them with music.