University of Wisconsin at Green Bay

Weidner Center for the Performing Arts

A beautiful joint-use facility built on a minimal budget, the Weidner Center almost immediately became one of the best “touring houses” in the Midwest. Broadway musicals, pops concerts, ballet, modern dance and symphonic music can be presented on its large, state-of-the-art stage.

Built on the campus of the University of Wisconsin, Green Bay, and designed for community and university use, the Weidner Center comprises the 2,000-seat Coffrin Family Hall, a multipurpose room with a two-tiered balcony, and the 225-seat Ft. Howard Ensemble Hall, a small recital space for more intimate ensembles.

Since it opened in 1992, Coffrin Family Hall has become the major performing arts venue for symphony and touring productions in the northeastern Wisconsin region. It is widely used by the University’s departments of Drama, Music, and Dance. 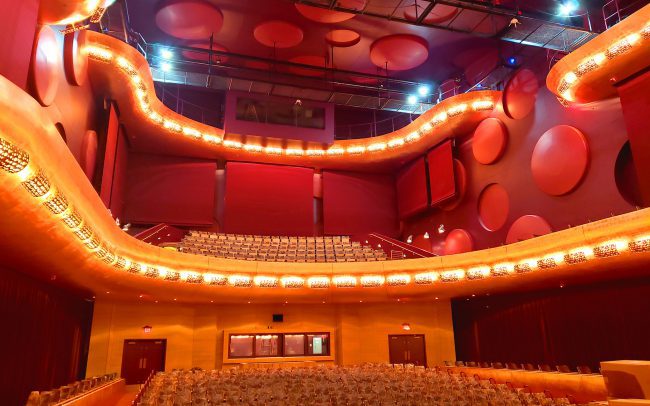